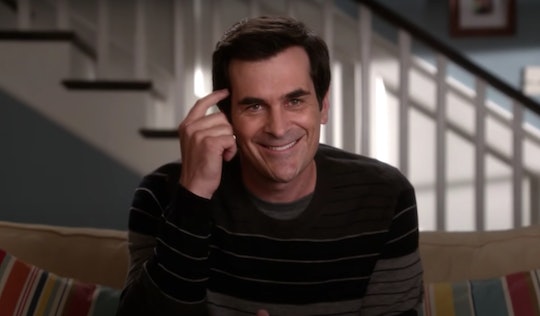 New Survey Of Over 12,000 Dads Confirms, Sometimes, They Will "Turn This Car Around"

And that over 70% of dads will pack up a car for a trip like they’re playing high-stakes Tetris.

We casual observers have long suspected that something happens to a person when they become a dad. It’s not just the cargo shorts and the Dad Bod — all of a sudden they’re full of puns and corny jokes (“I’m thirsty!” “Hi, Thirsty! I’m Dad!”). They become intently interested in thermostats. They suddenly have Very Important And Definitive Opinions on the best way to grill a steak. But perhaps nowhere is the Dadification of a man more apparent than in anything related to cars. According to a recent survey from The Dad, more than 12,000 dads weighed questions to help us separate fact from fiction. It turns out that we casual observers are just might be onto something, especially when it comes to how dads act (and especially what they say) in the family car.

The survey — titled The Data: Dads Come to Their Census in 2021 — asked participants 69 questions across a variety of fatherly subjects. Results were analyzed by Martin Flores, Ph.D., data scientist, and, yes, dad. The survey sought to prove or dispel once and for all the truth behind some of our most persistent dad stereotypes. A few proved nothing more than silly rumors — despite what the memes say, 82.6% of dad respondents reported arriving at the airport no earlier than two hours before a flight — but, generally speaking, if it happens in or around a car, well, we’re not imaging things.

Ever hear a dad look at traffic on the opposite side of a highway and say “Glad we’re not going that way”? You probably have: 77.4% of respondents report doing the same. Or what about packing up a car for a trip like they’re playing high-stakes Tetris, tying something down to the roof with a strap, then giving one final tug before patting the load announcing “That’s not going anywhere.”

An impressive 67.6% percent admit to uttering “People don’t know how to drive in this town,” regardless of what town they’re in, and 63.9% can’t help but announce “Look: horses!” any time they pass a farm, ranch, or paddock. (Though, to be fair, more than 68% of moms will announce an equine presence, which just leads us to believe that humans really get excited about farm animals.”

More than 62% of dads who go back to retrieve their forgotten keys will announce “Can’t get very far without these!” and almost 53% won’t depart without declaring “Let’s rock and roll!”

Somewhat surprisingly, only 54% of dads surveyed admitted that they’ve uttered perhaps the most famous travel-related Dad-ism: “I’ll turn this car around!” But be warned, unruly children — of those who did, a full 30% admit to following through, traffic ticket be damned.

Whether this is learned behavior, genetics, or some heady combination of the two, we don’t know. But we do know that when it comes to dads and their cars, sometimes stereotypes exist for a reason.