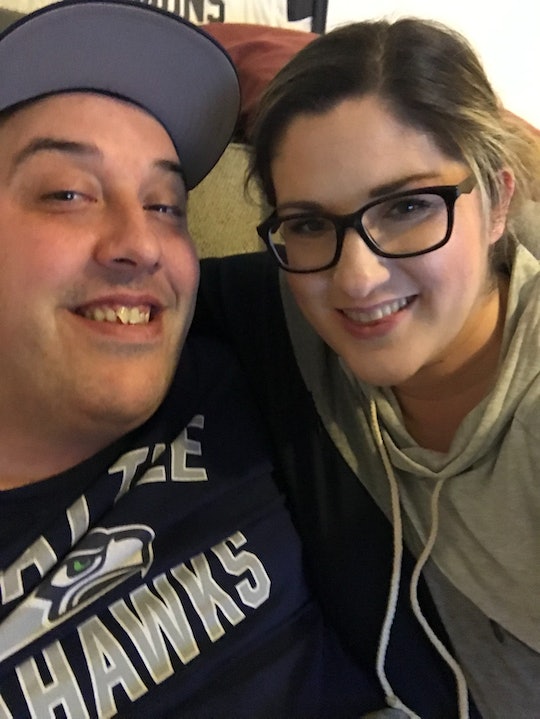 I'm Pregnant, And Off Go All The Emotional Alarms

Jessie has been married for three years and trying to conceive for one year. This is the tenth installment of her Trying diary. You can read the previous entry here.

It started with that initial faint line. I know I’m supposed to wait 2-3 more days before I test again, but I’ve never been good with that sort of thing. Pharmacy run, three more boxes, two different brands, and one box of digitals because they were on sale — the hundredth pregnancy test is the charm. I have many internet cheapies at home already, but they aren’t great for early detection. Pee, wait, hold it up to the light, take a photo, show it to an incredibly patient best friend. Pray that that is actually a line that you’re seeing, while knowing that it most likely is your desperation playing tricks on you.

This get repeated every cycle. A faint line, a pharmacy run, and an embarrassingly large number of photos on my phone of sticks covered in urine. Line eyes give us false hope and pregnancy test manufacturers seem to be the only one getting anything positive out of these endless trips to the bathroom. Because I was so used to this process, when there was a definitive line, I still didn’t quite believe it. I’m sure my OB’s nurse was more than a little skeptical when I emailed her about a blood test, but it is my uterus, so of course she ordered a blood test to appease me.

After the blood draw came two anxiety filled hours where I filled my head with just about as much negativity and self loathing that I could muster, and then the call. But it wasn’t my doctor, my stepmom’s cell phone instead showed on my phone screen “Well, the surgery went OK, and he is OK now, but they can’t remove the mass, and it looks like it is cancer…”

Everything went very still while I processed what I had just been told. The doctors were giving him two years with chemo, and he would be in the hospital for a while still. OK, Jessie, take a deep breath, tell her it’s going to be OK, ask the necessary questions, and break the news to your brother.

Before this information could even be digested, the call I had been expecting all morning finally arrived with my highly anticipated results: “Well, it looks like the results are positive, your HCG levels are rising, and you are pregnant… we would like you to come in for follow up blood draws for further monitoring…”

This is when my emotions, like a light switch, flipped on and I started to absolutely lose my sh*t. I am pregnant. My dad is laying in a hospital bed in Georgia, hasn’t eaten in a week, and is barely able to speak because of a tube placed in his nose that drains the backed up contents of his stomach. We might be having a baby.

My dad has inoperable cancer, and after years of trying, thousands of tears of frustration and multiple rounds of medication, we were finally having a baby.

Where was the excitement I had been anticipating? Where was that overwhelming feeling of joy? They had been swallowed whole by my dear old friend, worry. Immediately our priorities shifted from trying to get pregnant, to trying to stay pregnant and what felt like a sudden race against time — otherwise known as cancer.

While the stress piled on, my only goal became maintaining pregnancy. My first round of finals were fast approaching, Christmas was just around the corner, my dad has inoperable cancer, and after years of trying, thousands of tears of frustration and multiple rounds of medication, we were finally having a baby.

The biggest stressor of all came in the form of silence. We had the best news, but the overwhelming fear of miscarriage hung over our heads like a cartoon storm cloud. I especially wanted to tell my dad, knowing how much joy it would bring him in a moment of so much uncertainty and darkness. I always thought that when and if we finally did get pregnant, we would share it however and whenever we wanted, but once the reality was here, we were terrified to share our news with anyone.

Everything went quiet as we, for the first time, saw the flicker of our baby’s heartbeat.

Each person that found out wasn’t another person to share in our joy, but rather another person we would have to tell if our pregnancy wasn’t successful. Instead I quietly went to my twice-weekly blood draws, texting only my closest confidants for prayers and positive thoughts for doubled HCG numbers.

As my pregnancy progressed, so did my dad’s cancer, and the stress with it. My doctor recommended that even in the midst of all of these changes, I discontinue my medications for my OCD and panic disorder in order to avoid complications. We went in to our first ultrasound unmedicated, nauseous, and more scared than we had ever been. And then everything went quiet as we, for the first time, saw the flicker of our baby’s heartbeat.

For the 45 minutes that I laid on that table in extreme discomfort, we were the least stressed we had been in months. The worry and fear would return even as I left the office lobby with the photo of our baby clutched in my hand, but to have it minimized for even a small amount of time made everything worth it.

I have been told that the following months will be some of the scariest of our lives, but after seeing that tiny flicker, the joy for our family, even amidst darkness, feels possible.