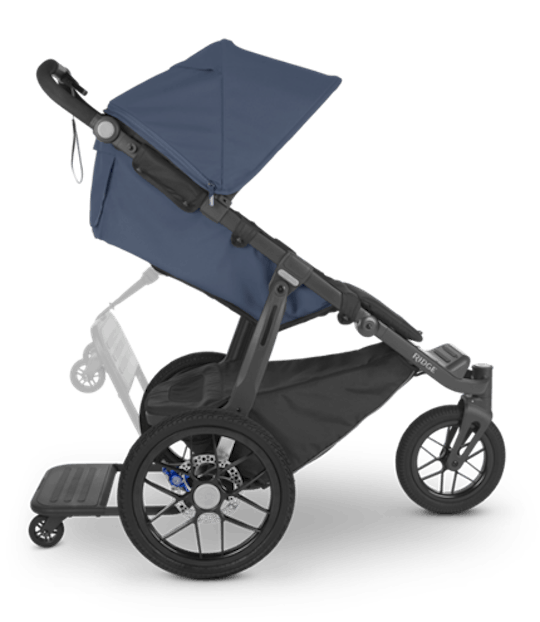 The company issued a recall after a child lost a fingertip.

On Sept. 1, UPPAbaby, which makes strollers, carseats, and other baby accessories, issued a recall of its UPPAbaby all-terrain RIDGE Jogging Stroller due to a risk of laceration. The Consumer Product Safety Commission (CPSC) reports the recall followed an incident that resulted in the amputation of a child’s fingertip. While the company cited “consumer misuse” contributing to the loss of a child’s finger, UPPAbaby nevertheless issued the voluntary recall on the stroller.

“Our top priority at UPPAbaby is the safety of children,” the company wrote in a statement. “We conduct extensive testing to ensure UPPAbaby products meet all global industry and regulatory standards. Despite passing all tests and meeting all standards, UPPAbaby received one report about the all-terrain RIDGE stroller. We take all product inquiries very seriously.”

The RIDGE, which retails for about $600, has sold at least 14,400 units at retailers across the U.S. including BuyBuyBaby, Nordstrom, Neiman Marcus, Pottery Barn Kids, and online at Amazon.com. The problem that prompted the recall stems from the design of the stroller’s rear disc break, which features a series of small holes.

Though not an issue for any child occupying the stroller, children outside of the stroller could easily have their fingers caught in the holes, potentially resulting in laceration or (as has been reported) amputation of part of a finger.

The remedy for this situation, according to the company, is a simple repair. While consumers should stop using the stroller immediately, they can contact UPPAbaby to receive free replacement rear disc brakes, presumably without the problematic holes.

Those affected by the recall can contact UPPAbaby toll-free at 844-823-3132 from 9 a.m. to 5 p.m. ET Monday through Friday; by email at support@uppababy.com; or online at www.uppababy.com/ridge/disc-brakes/ (click on “Submit Info” at the bottom of the page).