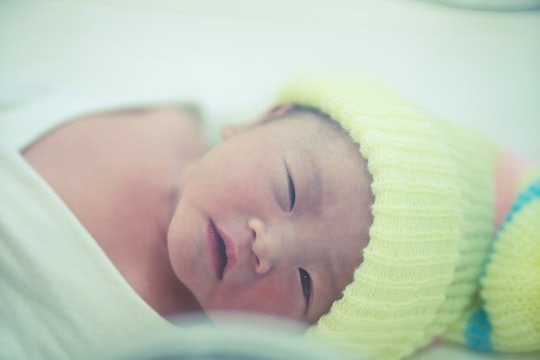 “We don't know if it's the beginning of a bigger decline over the whole next year or if it's just a shock from March.”

Birth and fertility rates in the United States dropped to a record low in 2020. A report from the the CDC’s National Center for Health Statistics (NCHS) placed the provisional number of births in 2020 at just over 3.6 million, representing a 4% decline from 2019 and the lowest rate seen since 1979.

There were 3,605,201 births recorded in the United States in 2020, according to provisional data released by the CDC on Wednesday. That represents a 4% drop from the births recorded in 2019 and makes 2020 the sixth consecutive year that America’s birth rate has declined.

While birth rates for moms in their 20s and early 30s have steadily been on the decline as women are having children later in life, they’ve risen among older women in recent years. But that wasn’t the case in 2020; according to the CDC, birth rates dropped among women aged 15 to 44 and were unchanged for women aged 45 to 49.

“The fact that you saw declines in births even for older moms is quite striking,” NCHS natality expert Brady Hamilton, who is the lead author of the report released Wednesday, told the Associated Press.

Fertility rates were also down by 4% in 2020, according to the CDC. To find that data, researchers use the year’s age-specific birth rate to estimate the number of births a hypothetical group of 1,000 women would have over their lifetimes. According to the CDC, the U.S. fertility rate is once again below “replacement levels,” meaning a given generation is not fully replacing itself via new births. U.S. fertility rates have been consistently below replacement levels since 2007.

It’s unclear, however, how much the COVID-19 pandemic may have impacted birth rates over the past year. While many experts and researchers have hypothesized the pandemic would lead to a baby bust, the CDC’s report only includes births recorded in 2020. Babies conceived after COVID-19 was declared a national emergency in the United States (March 13) would have only begun to have been born if full-term in mid-December at the earliest. As a result, the pandemic’s impact on birth rates likely won’t become clear until later this year.

“We don't know if it's the beginning of a bigger decline over the whole next year or if it's just a shock from March," University of Maryland sociologist Phil Cohen told CBS News of the decline in births seen in December 2020 alone. "But I'm more inclined based on history to think that all of next year is going to be very much down for births."