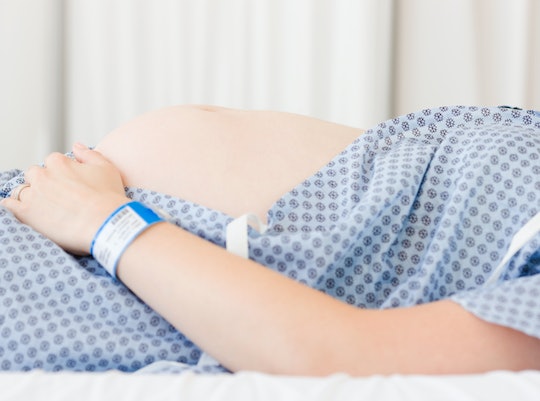 Opponents of the law worry it may cause men to pressure women into lower-cost birth options, even when those options could prove detrimental to a woman’s health.

Expectant mothers in Utah will now be able to pass half of their out-of-pocket medical costs on to the biological father of their child thanks to a bill signed into law Tuesday. The Utah law requires fathers pay half of pregnancy costs as well as half of childbirth costs. Lawmakers behind the law have called it “pro-life without being anti-abortion.” But opponents worry it could result in women being pressured to make medical decisions based on what’s cheapest rather than what’s best or unintentionally tie them to abusive partners.

Utah Gov. Spencer Cox signed HB113 into law Tuesday, roughly a month after it was unanimously passed by the state’s Senate. The law amends Utah’s Child Support Act to include medical costs of pregnancy and childbirth. It effectively requires a biological father “pay 50% of a mother’s insurance premiums while she is pregnant” as well as her “pregnancy-related medical costs, including the hospital birth of the child” as long as those costs are not already covered by an employer or government program.

Utah State Rep. Brady Brammer and Utah State Sen. Daniel McCay, the two Republican legislators behind the law have attempted to frame it as a “pro-life” law that mandates fathers take financial responsibility. “This seeks to be pro-life without being anti-abortion,” KSL reported Brammer said in February when the bill narrowly passed the House (Democrats in Utah’s House of Representatives heavily opposed the bill.)

Similarly, McCay has characterized the law as “an attempt to limit the financial burden for brave single moms, like mine, that choose life.” To recoup pregnancy and childbirth costs under the law, women will file a claim through Utah’s courts in a way similar to how child support claims are handled.

But opponents of the new law have expressed concerns it could have an unintended detrimental impact on some women, including those attempting to escape abusive partners.

“I worry that we’re tying ... a woman who is pregnant to an abusive partner or a partner who is engaging in domestic abuse in other ways,” Deseret News reported Democratic state Rep. Brian King said, noting he didn’t want to see women put in a situation where they felt decisions about their body and pregnancy were dependent on an individual who may have caused them harm. “The last thing we want to do is tie these two individuals together.”

Fellow Democratic state Rep. Suzanne Harrison raised concerns the law could result in some biological fathers pressuring expectant women to opt for lower-cost care despite a doctor’s recommendations. “These kinds of financial obligations are powerful, and I’m very concerned about unintended consequences,” Deseret News reported Harrison said. “I’m worried that some men may respond to this financial obligation in a way that benefits them financially.”

Supporters of the law, however, have said women would likely file for compensation of pregnancy and childbirth costs from fathers after they’d already delivered and been billed, meaning fathers did not need to be involved in decisions about medical care.

While Utah’s new law mandates biological fathers must take on an equal share of the financial costs of pregnancy and childbirth, it makes an exception for abortions. Under the law, fathers are not required to pay for an abortion they do not consent to except in cases of rape or when the woman’s life is in danger.