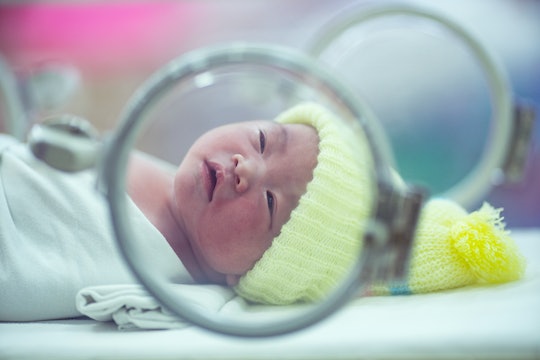 An encouraging tweet from a Stanford-based doctor prompted a flood of stories from parents across the platform.

New parenthood can be harrowing at the best of times, but the added complication of a medically fragile child who must stay in the neonatal intensive care unit (or the NICU) is something that stays with parents forever. But after a recent tweet from Stanford-based doctor Jennifer Sedler went viral, parents of NICU babies are sharing their stories on Twitter to thank NICU workers with pictures of their NICU “graduates” in a heartwarming “where are they now.”

On Jan. 1, Sedler tweeted, “My new favorite hobby is hyping up my NICU babies to their parents. I list their accomplishments for the day, say how proud I am of them, or highlight how strong they were today. It’s such a joy to see/hear their parents beam with pride over their tiny fighters.”

The tweet sparked a discussion: As of press time, the tweet has been liked more than 115,000 times and garnered over 2,000 replies and, it seems, even more indirect responses about NICU babies that got the term “NICU” trending on the platform.

There are a variety of reasons a newborn might spend time in the NICU, including (but not limited to) low birth weight, congenital abnormalities, heart or lung issues, sepsis, or birth trauma. The most common cause for an infant’s NICU stay, however, is preterm birth (birth before 37 weeks gestation), which affects one in 10 infants in the United States, according to statistics from the Centers for Disease Control and Prevention (CDC).

Per March of Dimes, the average NICU stay for newborns of any gestational age is a little over 13 days, but it soars to over 46 for babies born before 32 weeks. In addition to the emotional distress of having to leave the hospital without a baby in tow, families rack up tens (and sometimes hundreds) of thousands of dollars in medical bills, which is not always covered by insurance (just the fight everyone wants to have with their providers while caring for a newborn).

But other things come out of the NICU: babies, of course, eventually “graduate” out and go home, but also feelings of hope, love, and eternal appreciation for the work of the doctors, nurses, and others who are deeply invested in their part of helping families go home healthy. In response to Sedler’s tweet, many Twitter users shared these stories, including hundreds of pictures of “NICU graduates” who are now grown up.

“I can’t tell you how much it meant knowing her doctors/nurses loved her and were some of her biggest cheerleaders,” tweeted @cordes_amy of her daughter, born at 33 weeks gestation. “Now, our preemie is 24 and applying to law schools.”

“The best of the best work in NICUs,” tweets @knittingmomof3. “My twins not only survived but thrived. The twin on the left is obtaining a PhD in physics, the twin on the right is a neurology resident. All thanks to NICU staff.”

“Grandson was a NICU boy for four months before he could come home,” tweets @vikingkim5. “Now he’s a 3.0 student in middle school and learning how to cook.”

“Here’s our big guy,” @NilsHeadley shared. “On a vent for weeks, Resuscitated twice. ... He’s now a sophomore at St. Mary’s College of California.”

The stories go on and on, overwhelmingly happy and grateful to the work, knowledge, and emotional support of NICU workers. Twitter user @kirdona perhaps summed up the thread best when they noted, “Those little moments of encouragement help parents believe a future like this is possible!”

For her part, Sedler was overwhelmed by the responses.

“Wow, these stories of your grown up NICU babies are bringing happy tears to my eyes!” Sedler added to her original tweet. “Thank you for sharing with me! Saving this thread to remind myself on tough days why this is the best job in the world.”