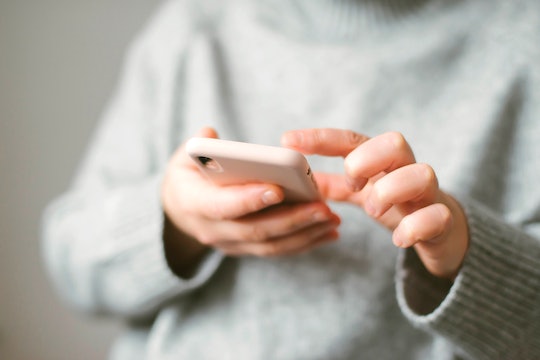 After an outcry from users, Instagram has reversed some of its previous changes to the platform.

They say you can’t step in the same river twice and, it would seem that has become more and more true of the Instagram feed as well. Over the past few months, some users have noticed that the Instagram experience is looking less like the platform they joined (e.g. a chronological feed of friends photos) and more like a river of reels, but that may be about to change. On July 29, Instagram head Adam Mosseri took to (what else) Instagram to explain what was reverting to a more “traditional” format and what users are just going to have to accept.

Over the past few months, many users have noticed their feed is more and more video based — part of a wider strategy at Meta (which also owns Facebook) to increase engagement across platforms via video, which is seen by many as an effort to compete with TikTok. On top of animating a traditionally photo-centric platform, users noticed they were seeing less and less of their friends and family and more random video content from accounts they don’t even follow as the algorithm prioritized “discovery,” recommendations in your feed based on what the app thinks you’ll want to see. Select users may have even had to do a double-take to see whether they’d accidentally logged into TikTok due to a new full-screen format that was rolled out in June.

The various changes prompted complaints from celebrities and everyday users across social media. Makeup artist Tati Bruening aka @illumitati even created a Change.org petition pleading with Meta to “Make Instagram Instagram Again,” a sentiment echoed by the most followed woman on Instagram Kylie Jenner, her sister, Kim Kardashian (#3), and more than 200,000 signatories.

On July 26, Mosseri attempted to defend the various changes in a video posted to Instagram and Twitter, noting that while many were still in development, the shift to video is organic and, in his view, inevitable. “I need to be honest,” he said, “I do believe that more and more of Instagram is going to become video over time. We see this even if we change nothing... even if you just look at chronological feed.”

It did not go well.

“I just want to see pictures of my friends and for some reason the algorithm has decided to primarily show me videos of small children that are ill?” replied Ashley Nicole Black. “I think the algorithm is broken. I can’t imagine what I did to make it think I want that.”

On July 28, Mosseri announced that some of the changes would be rolled back. “I'm glad we took a risk — if we're not failing every once in a while, we're not thinking big enough or bold enough,” he said in an interview with Platformer. “But we definitely need to take a big step back and regroup. [When] we've learned a lot, then we come back with some sort of new idea or iteration. So we're going to work through that.”

He clarified changes on Instagram stories, explaining that among the changes included a rollback on the full-screen mode as well as a decrease in the percentage of recommendations users could expect to see, noting that they would not increase the percentage until they’re “much more confident” that users are discovering things that they “love.”

“We got ahead of our skis on this one,” he said of recommendations. “I think we were not recommending content that was as relevant as it should be.”

But when it comes to video, the company is pressing onward. “For those of you who just don’t like video, that one’s harder,” he admits, “because video is growing with or without us... We’re going to try to find the right balance and make sure that the video experience on Instagram is great, which it is not yet, while making sure that the photo experience stays great.”

More Like This
Nebraska Authorities Used Teen’s Facebook DMs To Charge Her & Her Mom In An Abortion Case
Breonna Taylor's Mom Spoke Out About The Four Officers Arrested In Her Daughter’s Death
Dr. Jill Biden Just Delivered Some Frank, But Powerful, Advice On Motherhood
95 Summer Instagram Captions For Your Beachside Selfies