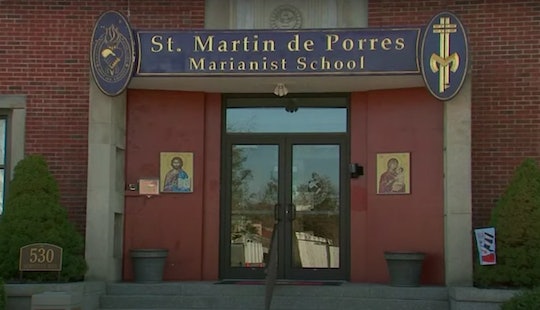 The white educator reportedly told the student’s parent he saw a Nigerian father do something similar and thought that was the “African and the Nigerian way.”

The mother of an 11-year-old student has spoken out after a white educator forced a Black student to kneel on the ground while apologizing. Trisha Paul said when she confronted the educator about the incident, he reportedly claimed to have seen a Nigerian father doing something similar and believed the punishment was something Africans did. The school has since opened an internal review of the incident.

Paul told The Washington Post that when she picked up her son from his Long Island Catholic school on Feb. 25, she found him upset after St. Martin de Porres Marianist School Headmaster John Holian, who is white, made him kneel while apologizing to a teacher for starting an in-class assignment ahead of other students. In a phone call with Paul a few days later, Holian reportedly said he’d seen a Nigerian father do something similar and referred to the punishment as the “African and the Nigerian way.” It was a story that raised additional concerns for Paul, who is Haitian American.

“Once he started mentioning this African family, that’s when it just clicked,” Paul told The New York Daily News. “Like, this is not normal procedure. I felt there was no relevance at all. Is he generalizing that everyone who is Black is African? That’s when I realized something is not right with this situation.”

In a second conversation about the incident — which was recorded and shared with The New York Daily News — Holian reportedly said that merely asking Paul’s son to apologize would have “meant nothing.” He also reportedly claimed he treated Paul’s son just as he would treat his own children. "I have six kids and four boys,” Holian said in the recorded meeting, according to the publication. “And if one of them is really acting rude and arrogant, I will say at times, 'get on your knees and apologize.’ I was speaking to your son as I would my own son.”

Paul, however, has remained skeptical. “This was a racist act,” she told The Washington Post. “In other schools when they are disciplined, it’s detention, it’s extra homework, there are other ways to discipline a child. But degrading a child, humiliating them off the basis of generalizing him because he’s just a Black boy, makes no sense.”

In a statement sent to parents and shared over the school’s official Facebook page, St. Martin de Porres Marianist School stressed Holian’s actions did not accurately reflect the Long Island Catholic school’s values. According to the Associated Press, Holian has also been placed on temporary leave.

“St. Martin’s neither condones nor accepts the actions of our headmaster,” St. Martin’s Director of Student Services Brother James Conway wrote in the school’s public statement. “The incident does not reflect our long, established values or the established protocols regarding student related issues (sic).” According to Conway, the school has launched an internal review into the incident and re-emphasized the school’s established and approved policies for interactions between students and faculty members “in the clearest terms.”

“Our most important mission here at St. Martin’s is to provide our children with the spiritual and educational foundation that will allow them to lead exemplary lives,” Conway wrote. “We are fully committed to providing our children with respectful care and instruction as we move forward.”

Neither Conway nor Holian immediately responded to Romper’s request for comment.

While Holian has apologized to Paul, she told The New York Daily News the headmaster’s actions have already had a deep impact on her son, who is now in therapy as a result. “My son was humiliated, hurt, embarrassed, sad, and confused,” she told the paper. “He reads about things happening because of your skin color. To experience it... he’s just trying to process it in his 11-year-old brain.”