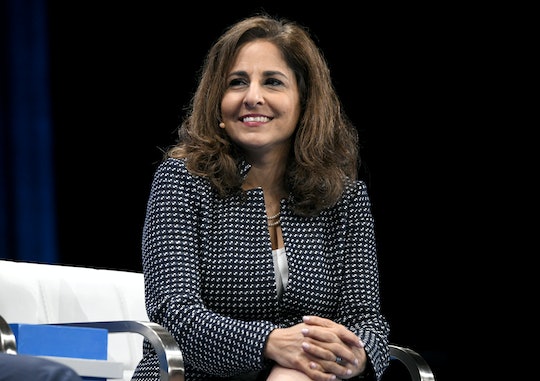 But the mom of two may face a tough Senate confirmation battle.

President-elect Joe Biden is gearing up for a potentially tough Senate confirmation battle after naming Neera Tanden as Office of Management and Budget (OMB) head. But who exactly is Tanden and why do so many Senate Republicans not like her? Over the course of her career, the 50-year-old mom of two has been listed among Washington's most powerful women and garnered more than a few critics among Republicans. If confirmed, however, she would be both the first woman of color and the first person of South Asian descent to head OMB.

Biden's transition team announced the president-elect hoped to tap Tanden, the current president and CEO of the Center for American Progress, as director of OMB on Monday in a statement that characterized her as an individual who spent their career "focused on pursuing policies designed to support working families, foster broad-based economic growth, and curb rampant inequality."

In her current role as head of the Center for American Progress, Tanden aids organizations in expanding opportunities for all Americans. She's previously worked as a senior health reform adviser in the Department of Health and Human Services, developing policies and provisions for former President Barack Obama's Affordable Care Act. She's also served as a domestic policy director for the 2008 Obama-Biden presidential campaign and a policy director for the 2016 Hillary Clinton presidential campaign. In fact, her work with the Clintons extends as far back as Bill Clinton's presidency. Tanden began her career as an associate director of domestic policy and senior policy adviser to the first lady in the Clinton administration before going on to work on Clinton's 2000 Senate campaign.

But perhaps because Tanden has spent much of her career in Washington and is a veteran of Democratic presidential administrations, she's angered a few politicians along the way, namely a number of Senate Republicans who could now stand in the way of her nomination to OMB. According to CNN, at least three different Senate Republicans have noted Tanden was likely to face a tough confirmation battle in the Senate. A spokesperson for Sen. John Cornyn, meanwhile, told Reuters Tanden had "zero chance" of being confirmed due to her "disparaging comments about the Republican senators whose votes she'll need." Sen. Tom Cotton went so far as to tweet Tanden was "unfit to be confirmed" and accused her of tweeting things "filled with hate."

Tanden, however, has chosen to focus on the milestone that her nomination represents. "After my parents were divorced when I was young, my mother relied on public food and housing programs to get by," she tweeted Monday. "Now, I’m being nominated to help ensure those programs are secure, and ensure families like mine can live with dignity. I am beyond honored."

Biden's transition team has described Tanden's mother's use of food stamps and Section 8 housing as being "the foundation she needed to land a good job and punch her family's ticket to the middle class" and maintained it's given Tanden a unique understanding of OMB's work and mission.