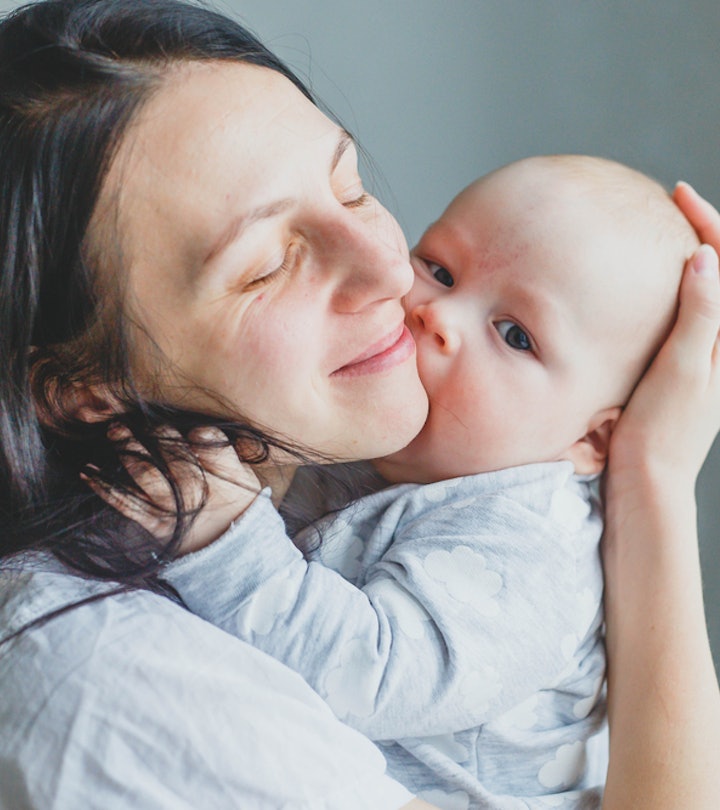 Babies love to put everything in their mouths. It's one of the universal truths of infancy. If they can see it, if they can get to it, it's going in their pie hole. However, they seem to be drawn to some things more than others, and in that, they become a bit more aggressive than usual. When my son was barely older than a newborn, any time he got near my nose, he went for it, biting the absolute crap out of my honker. I often wondered, why does my baby try to eat my face? And why oh why do I keep letting him?

First things first: There is a definite difference between babies who are "biting" at their parents' faces, and children who bite, according to Piaget's The Child's Conception of Physical Causality. Babies love to put everything in their mouth because that is a part of how they learn about their world. You as their parent are one of those things they are desperate to understand on a level they can perceive. Children who bite can be seeking the same sensory learning, but more often than not, they're also seeking to conceptualize the cause and effect of the behavior. (Oh look! Large human yelps. That's fun, let's do it again.)

I contacted Michelle Karten, MD, a pediatrician from Nemours Children’s Health System, and she tells Romper, "Babies explore the world through their mouths. As soon as infants can grab objects and move them, the first thing they do is put them right into their little open mouths." As a parent, you know how frustrating this can be. You're constantly on the lookout for what they're likely to shove in their tiny faces, wiping down their filthy little hands, and making sure their clothing is secure and nothing is loose. It's a pain, but a familiar one.

She continues, "Sometimes they do this because they are teething, but often they do it because they use their tongue and mouth to learn about the world around them." You can see the wheels turning as they do it, too. It's written across their faces. "Yes to jam-covered fist, hard pass on that hand covered in baby wash." Karten says that this is normal, and "this means that they will try to nibble on a nose or cheek if you bring them close for a kiss." Nibble seems like a gentle word for the absolute terror my son let loose on my schnoz. Alas...

Ears, hair, noses, cheeks, chins, they're all up for grabs — literally — for your baby's instincts to learn. I noticed when my daughter was a little one she would try to mimic our kisses, and if my husband had a face replete with a day's worth of beard growth, she would repeatedly lick and bite his fuzzy chin. When I brought this up to her pediatrician, she told me that it probably "just felt cool" to our little one, and that's why she kept doing it. (I also suspect that it has something to do with the fact that my husband uses 100 percent cocoa butter on his face, but that's only a guess.)

Mostly, I was just glad that my face was getting a rest and his was the one being abused this time around. But no doubt, it's a fairly adorable habit. It's one of those things that a baby does for a while, and then stops without you ever realizing the moment when they do. Although at age 7 she still loves to run her nose along her Baba's chin when it's particularly scruffy, which is pretty darned cute.

So if you find yourself wondering why your baby wants to eat your face, don't panic about zombie tendencies. It's just a part of their development. And as Karten says, "Get ready for a funny kiss from your baby!"