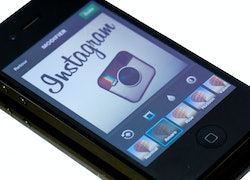 Don't worry, you can get them back.

Stop what you're doing and open up Instagram. Do you see Stories at the top of the screen? Consider yourself lucky. While no official outage has been reported, Instagram Stories aren't showing up for some users, and for those who quickly became addicted to the new feature, it's causing some major frustration. Adding to the anxiety is the fact that Stories disappear after 24 hours, which means that if the bug doesn't get fixed soon, some fans will never know what Reese Witherspoon's dogs were up to today! Oh, the humanity!

For those who are experiencing the outage, Instagram's advice is typical: download the most recent version of the app, force it to close, and then reopen. If that doesn't work, users can also try deleting the app entirely and reinstalling it. The most frustrating part is that the outage is very spotty; some users on Reddit have reported that they can see stories on one account, but not another, or that it varies by mobile provider or phone model. In other words, it's super, super random, which can make a glitch hard to diagnose and correct. Outage tracking website Down Detector has identified noticeable Instagram outages in New York, Los Angeles, and Toronto, and slightly less severe ones in Boston, Baltimore, San Francisco, and Orlando, but nothing major like the worldwide outage in April.

Adding to the frustration is the fact that users can't view Stories on desktop... or can they? According to Digital Trends, a new Chrome extension called Chrome IG Story adds the Stories feature to the desktop site, so for those who are really hard up for a Story, that's one way to go. An interesting addition to the extension is that it allows Stories to be downloaded, which might creep some users out, but it's great news for anyone who has ever created an awesome story and been sad to see it disappear forever the next day.

Users who still can't see their stories can always report the issue to Instagram by choosing "Report a Problem" on the Settings menu, but remember, this is still a relatively new feature, so some bugs are to be expected. Above all, remain calm and realize that Instagram is a free service, so it's not cool to freak out when it doesn't work perfectly. Just go back to Snapchat for a couple days, or maybe read a book under a tree and enjoy the final days of summer. We're going to get through this, everyone.