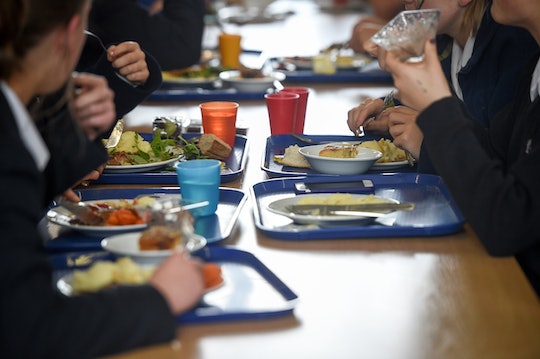 Instead of joining a federally-funded program that enables any child to receive a free meal, the Waukesha School District will require families to meet certain income limits.

The school board at a Wisconsin school district has come under heavy criticism after its members voted against participating in a federally-funded free meal program. Under the program, every child in the district would have been eligible for a free meal. School board members, however, feared families benefiting from the program would become “spoiled” and opted to return to the National School Lunch Program, which sets income limits and application requirements.

Due to the ongoing coronavirus pandemic, the U.S. Department of Agriculture (USDA) announced in April that it would expand its Seamless Summer Option (SSO), a National School Lunch program (NSLP) traditionally only offered in the summer. As a result, participating school districts would be able to provide all students with free meals through the end of the 2021-2022 school year. But students at Waukesha schools won’t see those free meals unless the district’s board of education retracts its unanimous vote to opt-out of the SSO program. Instead, board members voted to return to the National School Lunch Program, which provides free or reduced-price meals only to students whose families fill out an application and qualify.

When discussing the SSO program ahead of their vote, board members expressed concern the program would leave students and parents “spoiled” or “addicted.”

“I had three kids, I had them and so I'm going to feed them. I feel like that’s the responsibility of the adult,” board member Karin Rajnicek said at a May school board meeting. “I feel like this is a big problem, and it’s really easy to get sucked into and to become spoiled and then to just think ‘it’s not my problem anymore, it’s everyone else’s problem to feed my children.’”

Darren Clark, the school district’s chief financial officer, echoed similar concerns. “When do you stop? Because at some point people will get accustomed to this,” he said at the May meeting. “That’s my fear is that it’s the slow addiction of this service... There is that concern — free is a funny thing.”

In announcing their vote in an Aug. 24 letter to families, the board said they had “a serious concern” families would become increasingly less willing to complete NSLP applications the longer the SSO program was offered. Already, applications to the program dropped from 606 in 2019 to 297 in 2020, the board wrote, adding that some state and federal funding such as Title One Grant allocation is tied to NSLP applications.

“With free and reduced meal students declining, it doesn't paint an accurate picture of need in our District,” the letter read. “These artificially low levels of applications and participation may not only interrupt a student's ability to access meals, but it might also lead to the defunding of instructional programs that assist our students.”

Parents and local education and anti-hunger activists have criticized the board’s decision to spur SSO funding and urged them to reconsider. Waukesha parent Heidi Chada told WUWM she was hopeful the board might overturn its original vote. “My question is why are we the only [school district] who is opting out and saying eating a meal every day at school is not important for the health of our students?” she asked.

Debra Wollin, a member of Wisconsin’s Department of Public Instruction’s school nutrition team, has reportedly “highly recommended” the board reconsider its vote given the state’s increasing rate of child hunger, USA Today reported. “Many families who would not normally qualify for free or reduced-price meals may still need assistance for financial hardships that they have experienced this past year,” the news outlet reported Wollin told the board in an email.

Romper has reached out to members of the Waukesha School Board and the district’s superintendent for comment. Following criticism from parents and local advocates, the Waukesha school board has agreed to hold a special meeting on Aug. 30 to discuss the district’s participation in the SSO free meal program.