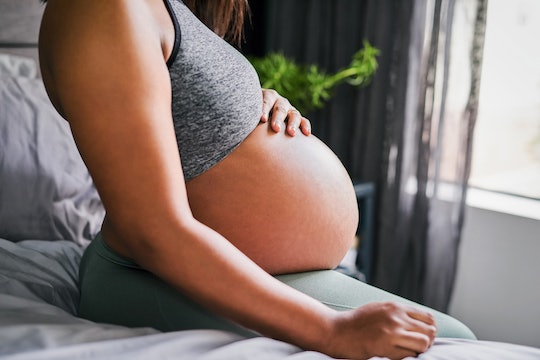 One of our very favorite corners of the internet, Reddit’s /r/Relationships, has delivered once again. The subreddit describes itself as “a community built around helping people and the goal of providing a platform for interpersonal relationship advice between redditors.” And, it is that, but what we love is the often outlandish, absolutely wild stories that come out of it. Most recently, a post from user HusbandMaybeFather has gone viral across the social media. Why? Well, for starters, it begins with the subject line: “I am [M34] and my wife is [F29]. She has asked me to pay her almost $50,000 to have our child, and I'm not quite sure what to do.”

The post from March 3 has since been deleted from the site, but lives on via screenshots on Twitter and on Rareedit, because (once again for all of you in the back): nothing on the internet ever really dies. It explains that the poster and his (common law) wife both earn over $175,000 a year and that they are considering having children. Up until now, all communal expenses — mortgage, wedding, vacations — have been split 50/50; their finances otherwise remain separate. Recently, his wife has drawn up a 16-page binder on not just the expenses of having a baby (like childcare), but the expected division of labor between the two of them. She also included a line item that, according to the husband’s post, “makes logical sense, but ... puts a bad taste in my mouth.”

His wife’s job, it seems, allows her to take up to a year of maternity leave, but only pays 50% of her salary for the first six months. The remaining six allowable months are unpaid. Part of her detailed plan includes that her husband compensate her for that loss of income by making up for the 50% of pay she would lose during a six month maternity leave. “She was very direct, and said that while her insurance would cover the vast majority of hospital related costs during pregnancy and childbirth, taking a 6 month break from work would cost her almost $50,000 since her pay would be cut in half,” he wrote. “She is asking me to compensate her for that $50,000, in addition to agreeing to split any related but unexpected costs to pregnancy and childbirth.”

While the redditor notes that she plans to return to work after six months, she’d also written a contingency plan should she take a year off, during which she would expect him to pay 50% of her usual income for the remainder of that year.

“Her stance is that she is doing something for us to start a family,” he wrote, “but it is not a true 50-50 split if she is expected to take a financial hit for it and I am not, given that our finances are separate.”

Some agreed with the original poster that the situation felt “weird and transactional.” But even among those in agreement, many couldn’t help but see the logic behind the poster’s wife’s request and applaud it.

“Yes this is all transactional and weird. But that’s the arrangement you already have between you two,” wrote u/dundee999. “What she’s pursuing is security and fairness. That’s all.”

More still — both on Reddit and Twitter — have applauded this hypothetical new mom (as far as the redditor knows, she is not pregnant yet, and he admits checking out garbage cans for discarded pregnancy tests). The word “legend” and similar praises were liberally and enthusiastically employed.

“I am thoroughly impressed by this woman! What an absolute legend,” tweets @Elysian_She. “It seems to me that she sees the relationship with this man for exactly what it is and is ensuring that she protects herself and future baby. I need her to #sharethebinder for enrichment purposes.”

Others pointed out the hypocrisy of praising his wife’s ambition and independence as well as their 50/50 lifestyle, except when it cost him money.

“So what I just read is,” begins @HelenHuntingdon, “‘My partner will take the physical and career damage in order to bear our child (and the long-term financial consequences arising from those), but I am deeply repulsed and offended that she won't take the short-term financial damage as well.’"

More still pointed to the fact that the “motherhood penalty” — the fact that having children can affect a woman’s future earnings over the course of her career to the tune of more than $15,000 per year, according to the National Women’s Law Center — is real and must be addressed. (Meanwhile, fatherhood has been found time and time again to benefit men.)

Honestly, it’s unconventional (as is, it would seem, a lot about this arrangement), but we’re impressed by a data-driven queen proactively laying out her path to equality.

More Like This
13 Moving Photos Of Kids, Families, & More Protesting Abortion Rights Across The Country
Fox News Host Questioned Whether Pregnant Women Should Be Given "Important" Jobs
Parents Will Demand $675,000 From Son & Daughter-In-Law If They Don't Have A Kid Soon
This Free Website Connects Parents Who Need Formula With Those Who Have It