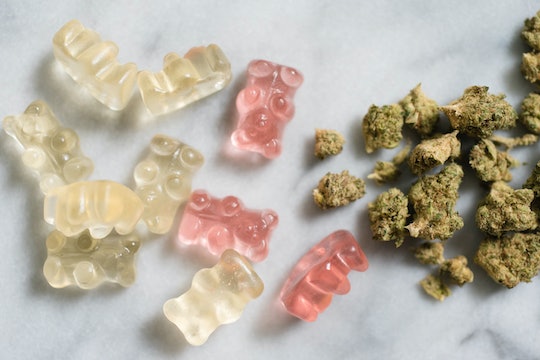 The rates have skyrocketed in the past five years, a new report has found.

A new study published in Pediatrics has found that accidental ingestion of cannabis (marijuana) edibles among children under the age of 6 has increased substantially over the past five years. The study was authored Dr. Marit S. Tweet, Dr. Antonia Nemanich, and Dr. Michael Wahl, who conclude that prevention strategies such as changing product packaging and labeling and regulating the maximum allowable dose in a package could go a long way in helping reduce the number of these exposures in the future.

Calls to poison control centers about kids under 5 consuming edibles increased by 1,375%.

For the study, the team tracked 7,043 exposures of cannabis among children under the age of 6 reported to local poison control centers over the course from 2017 to 2021. They discovered that the jump in exposures was profound indeed — from 207 reported exposures in 2017 to 3,054 cases in 2021. The authors believe the pandemic and increased legality of cannabis both played a factor in the rise in cases.

The first state to legalize medical marijuana use was California in 1996. Since then, medical use of the drug has been legalized in 39 states and the District of Columbia. Recreational use (for adults, naturally) has been approved in D.C. and 21 other states. From 2017 to today, the period observed in the study, seven states made medical marijuana legal and 13 greenlit recreational cannabis. As such, these substances have become more widely available than ever before.

And since more children spent time at home during the pandemic, and therefore had increased access to edibles, the authors of the study also suggest that the pandemic may have led to increased instances of children accidentally ingesting cannabis edibles as well.

Approximately 23% of these cases were directed to a hospital.

Fortunately, a plurality of cases (31.3%) were deemed minor effect and major effect cases were fairly rare, accounting for just 2.2% of exposures. Moderate effect cases made up slightly less than a quarter (21.9%) and there was an increase in the severity of toxicity comparing the pre-to-post-pandemic periods. There’s still a lot researchers were unable to track, as just over 30% of cases were not followed or were unable to follow.

In cases that were followed to a known outcome, the top clinical effects observed were CNS depression (marked by increased relaxation, lack of coordination, slowed or slurred speech, and drowsiness, as well as slowed breathing and heart rate in more severe cases); tachycardia (increased heart rate); vomiting; ataxia (lack of coordination); and agitation.

While there have been no fatalities associated with young children ingesting cannabis edibles, the American Academy of Pediatrics (AAP) warns that consuming tetrahydrocannabinol or THC, the psychoactive ingredient in marijuana, can have a bevy of negative effects, including intoxication, altered perception, anxiety, panic, paranoia, dizziness, weakness, slurred speech, poor coordination, excessive sleepniess, apnea (not breathing for 10 seconds or longer), or even heart problems, and, in rare cases, coma.

The majority of children who accidentally ingested marijuana did so at home.

According to the study, nearly 98% found edibles at home — either their own or at a family or friend’s house. This highlights the importance of storing any drug — from marijuana to alcohol to cough syrup — where a child won’t have easy access to them. The AAP recommends storing edibles in out-of-reach and/or locked locations. Ideally, you should buy edibles that come in child-resistant packaging (many states mandate this) in clearly labeled containers. They also recommend not buying THC edibles that come in packages that look like familiar products — a common marketing strategy for many edibles — as kids could easily believe that these are simply candies, treats, or everyday snacks.

What to do if your child eats a marijuana edible.

Remain calm and try to get as much information as you can: how much did they eat? How much THC was contained in the edible(s)? (This should be clearly displayed on the label.) How long ago did they eat it? Then go ahead and call the Poison Control hotline 1-800-222-1222 as soon as you can for prompt, nonjudgemental, expert advice, 24/7. These folks will walk you through a risk assessment and will be cautious in guiding you through the best course of action, whether that be stay home and observe your child or bring them to the doctor or ER.

If your child is unresponsive, seizing, or seems to be experiencing severe symptoms, go directly to the ER or call 911.

More Like This
Does The FDA's Plan To Limit Lead In Baby Food Go Far Enough?
Doctors Swallowed LEGOS To Prove Everything Is Awesome For Kids Who Do The Same
Covid Vaccine “Deserts” For Kids Under 5 Make It Almost Impossible For Parents To Find Shots
Julia Fox’s Apartment Tour Is Peak Mom Realness
What Parents Are Talking About — Delivered Straight To Your Inbox