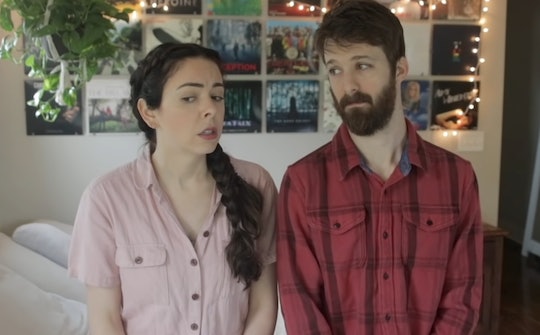 Deciding to “put down” a family pet is always a difficult, painful decision — one many pet owners cite as one of the hardest they’ve ever made. Nikki and Dan Phillippi agree — the pair recently euthanized their dog after multiple biting incidents and discussed the sadness that came with that decision across their social media platforms. But many have questioned the Phillippis’ decision over the past several days, often in anger. So what happened? Here’s what you need to know.

Who Is Nikki Phillippi?

Nikki Phillippi is a Nashville-based lifestyle influencer with over a million subscribers on YouTube and nearly 440,000 followers on Instagram. Her posts are usually domestic in nature, and cover topics like skincare routines, grocery shopping, meal prep, and motherhood. She is married to Dan Phillippi, who regularly appears in her content. The two have a son named Logan, who is a year old.

On May 3, Nikki posted a picture of her and her family with their dog, a 9-year-old bull terrier named Bowser. In the caption, she explained that Bowser, whom she and Dan had raised from a puppy, had “an aggressive side that reared [its] ugly head a few times over the years” and that he’d recently bitten her son. “After a lot of counsel,” she continued, “we decided it was time for Bowser to pass peacefully on.” The post went on to explain that she was “shocked” and saddened by the decision, but grateful that she and Dan were able to “hold him and kiss him” while he passed.

Later that day, Nikki and Dan posted a 24-minute video to her YouTube channel titled “We have some really sad news,” explaining the situation in greater detail, including the fact that they had considered euthanizing the dog multiple times over the years due to behavior issues.

"For most of his life," Dan said, "he was an extremely dangerous animal outside the walls of my house." The couple shared that they believed Bowser’s behavior stemmed from a time he was attacked by another bull terrier as a puppy. While he could be “an angel” they explained, he had also “seriously injured” other dogs, including their other dog, Zoe, who required stitches on more than one occasion. As their son Logan became more mobile, they said, the child got into the dog’s space and the dog would respond with aggression, recently biting the toddler’s face.

“In the moment, I’m thinking, I grew up with the movie Old Yeller,” Dan said. “And I wanted to pick Bowser up by the back of the neck and take him into the back yard and put him down right there.”

That didn’t happen. The couple said they initially had hoped to re-home the dog, but after receiving “counsel from multiple professionals,” they reported that all said the same thing: re-homing Bowser wasn’t an option. “Nobody knows how to take care of Bowser except for me,” Dan said in the video.

Ultimately, they chose at-home euthanasia in their living room. While Nikki said it was “the worst day,” she also described the dog’s death as “a beautiful, perfect ending.”

While some expressed their sympathy for the couple’s difficult decision, the overwhelming response was anger and bafflement that the Phillippis’ choice to put the dog down rather than try to re-home it. Since comments were turned off on the YouTube video, and Nikki’s Instagram account went private on May 6, many of these comments are directly inaccessible. However, screenshots and ongoing response continue on Twitter. User @DefNoodles captured screenshots of responses from Instagram and YouTube.

Others have taken to Twitter to express their indignation.

“She’s a public figure!” tweeted @MeghanRienks. “She has a platform of a MILLION people who could possibly have taken the dog.”

“Influencers are the real pandemic,” she tweeted. “[Nikki Phillippi] puts down her dog for biting her kid, but not before she has a photoshoot with the dog inches away from the kid the dog allegedly bit and needs to put down for.”

Fellow YouTuber Lauren Riihimaki is one of several other influencers responding to the controversy, created her own video condemning the Phillippis and shared it in a tweet that read:

“As a dog lover and bull terrier owner, I refuse to stay silent about this and let an irresponsible dog owner use their massive platform to publicly share their disgusting decision that did NOT need to happen.”

Since the viral video was posted, Newsweek reported that Nikki’s YouTube channel has lost approximately 10,000 followers. Romper has reached out to Nikki for further comment, but has not received a response.