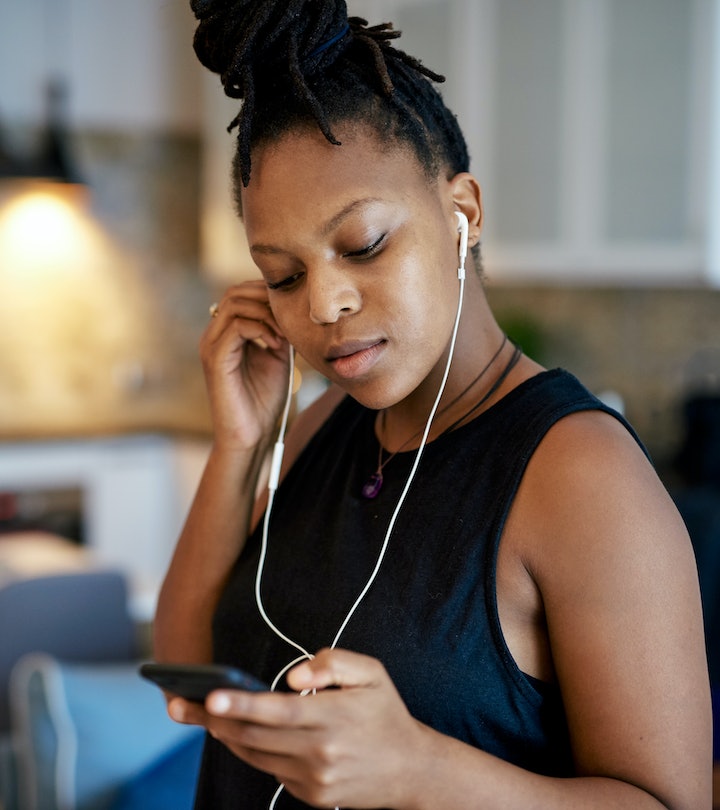 How To Use Your Old Headphones With The iPhone 8

Here's the scoop on the iPhone 8

On Tuesday, Apple announced three new iPhones — the iPhone 8, the iPhone 8 Plus, and the iPhone X. The tech world and every Apple fangirl and fanboy were all thrilled, especially with features like wireless charging and a high resolution display. Since Apple famously got rid of the headphone jack with the release of the iPhone 7, people might be wondering how to use their headphones with the iPhone 8. Have no fear, Apple fans — you can still use your regular old headphones with these updated, fancier mobile phones.

Definitely one of the most popular new features of the new iPhones is their ability to charge wirelessly, something that other smartphones have been able to do for awhile but that previous iPhones couldn't do because of the way they were designed. But Apple had previously "gone wireless" with its earphones, so it was only a matter of time before the company tried to cut the cords, so to speak, in other aspects of the phone's design. But not everyone wants to use wireless headphones — some just don't like them, or don't want to pay for different headphones when they've already got a pair lying around.

Personally, I just think Apple missed an epic millennial marketing strategy by calling them AirPods instead of AirBuds (if you're a '90s kid, you'd better know what movie I'm talking about). Also, Apple's headphones just don't always fit my ears very well, so I tend to opt for designs manufactured by other companies. It's not a dislike of Apple products so much as it is a comfort thing for me, and others have also said that AirPods just don't fit their ears right, either.

So it's not a completely weird thing to want to use regular, corded earphones with your mobile phone, and people will likely still want to do that with the iPhone 8 or the other phones Apple announced on Tuesday. Luckily, people who would rather use wired headphones with their new iPhone 8 will indeed be able to do just that — thanks to adapters.

Since the iPhone 8 will not have a headphone port, it will be possible to use headphones with wires by using a "lightning connector," according to The Daily Express. Apple included lightning-to-3.5-millimeter headphone jack adapters with the iPhone 7, according to Ars Technica. So the option isn't a new one, but people who don't want to use AirPods or other wireless headphones for whatever reason will probably appreciate that they still have that option with the iPhone 8.

But if you are curious about wireless headphones, Apple also came out with a new set of AirPods earphones that now support wireless charging, according to The Daily Express. That little feature tweak might be enough for some people to give AirPods a shot if they were worried about forgetting to charge their headphones previously.

If you want to stick with regular headphones, however, Apple's website currently lists that all iPhone 8s will come with both EarPods with lightning connectors as well as lightning-to-3.5-millimeter headphone jack adapters. So you won't have to separately buy an adapter in order to use your old headphones with the iPhone 8.

Which is also good for people who might have budgeted for a new iPhone, but don't have much to spare outside of that. An iPhone 8 will retail for $699 at Apple, but it might be cheaper at different cell phone carrier companies depending on the plans you can get, according to CNET. That's a serious chunk of change, and some people might not want to also purchase separate wireless headphones on top of that. So the fact that Apple will include EarPods and a way to connect wired headphones to the iPhone 8 is a smart move on its part.

So no worries if you want to use your old-fashioned, tried-and-true headphones with your brand new iPhone 8. You might not look all that fashionable or hip, but you'll be able to rock out just the same.