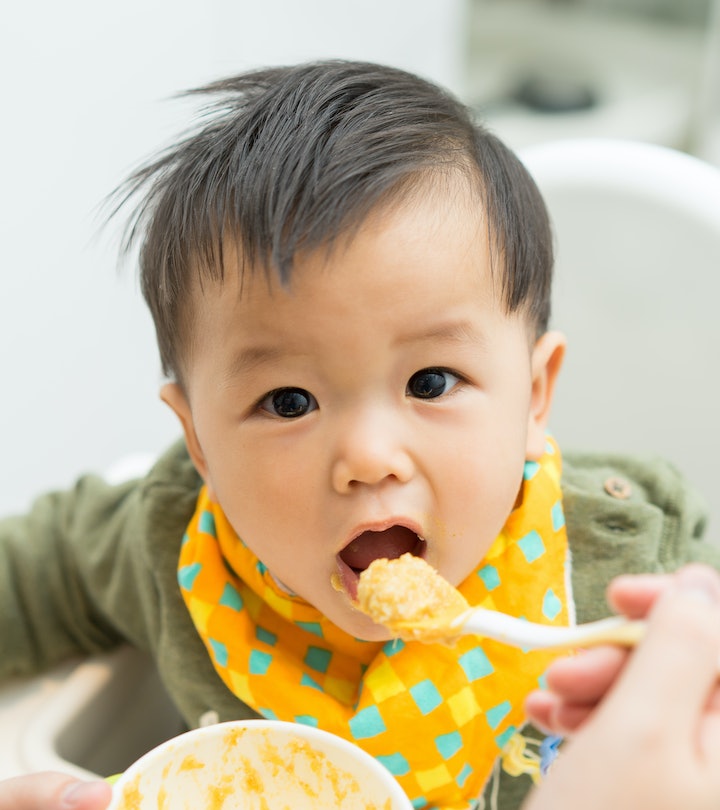 Congress is now calling on the FDA to establish new mandates and standards for baby foods.

When parents turn to store-bought baby food, they're often looking to provide a quick, convenient, and nutritious meal. That’s why a 2019 investigation by Healthy Babies Bright Futures, which found toxic metals in nearly every brand of baby food tested, was so disturbing. Concerned that many parents may inadvertently be feeding their children dangerous heavy metals, some of which may impair brain development, congressional investigators launched their own inquiry. After confirming many of the initial report’s findings, Congress is calling on the Federal Food and Drug Administration (FDA) to establish new mandates and standards for baby foods.

In the report published in October 2019, Healthy Babies Bright Futures found that lead popped up in 94% of 168 different baby foods the alliance of nonprofit organizations, scientists, and donors tested. Cadmium was found in 75% of the baby foods tested, while arsenic appeared in 73% of them and mercury was found in 32%.

What Are Baby Food Manufacturers Saying?

In a 2019 statement to Romper, a spokesperson for Gerber, which was among the brands included in the investigation, said it wouldn't be possible to remove 100% of all arsenic, lead, mercury. and cadmium. "Given their natural occurrence in our soil and water, many food safety and agricultural experts suggest that it is not feasible to achieve a 'zero' level of these elements — even in homemade foods made from organic ingredients," the spokesperson said at the time.

Healthy Babies Bright Futures, however, has warned that even in trace amounts, repeated exposures add up and can ultimately impact a baby's developing brain. "Arsenic, lead, and other heavy metals are known causes of neurodevelopmental harm," pediatrician Dr. Philip Landrigan, who also serves as the director of the Program in Global Public Health and the Common Good in the Schiller Institute for Integrated Science and Society at Boston College, said in a Healthy Babies Bright Futures press release. "Low-level exposures add up, and exposures in early life are especially dangerous. The cumulative impact of exposures is what makes this a significant concern that demands action."

The FDA has also warned that toxic metals like arsenic, lead, and mercury, “have been shown to lead to illness, impairment, and in high doses, death.” But while the idea of consuming even trace amounts of toxic metals like arsenic sounds scary, their naturally occurring presence in water, soil, and air may make them difficult to avoid. While there are no definitive guidelines regarding arsenic in food, the Environmental Protection Agency (EPA) has established 10 parts per billion as the "allowable" level for arsenic in drinking water, according to the U.S. Centers for Disease Control and Prevention.

What Is Congress Saying?

In a report released on Feb. 4, the Subcommittee on Economic and Consumer Policy announced it had been spurred by reports of toxic metals in baby food to request test results and documents from seven of the country’s largest baby food manufacturers. Three of the companies — Walmart, Campbell, and Sprout Organic Foods — refused to cooperate with the investigation, sparking concern among committee members that those companies are “obscuring the presence of even higher levels of toxic heavy metals in their baby food products than their competitors’ products.”

Of the four companies who did cooperate — Nurture, Inc., Beech-Nut Nutrition Company, Hain Celestial Group, Inc., and Gerber — the subcommittee noted internal company documents and test results showed “commercial baby foods are tainted with significant levels of toxic heavy metals, including arsenic, lead, cadmium, and mercury.” Specifically, arsenic, lead, and cadmium were found in baby foods made by all responding companies. Mercury, however, was found only in foods from Nurture as Gerber rarely test for mercury and Beech-Nut and Hain have never run tests for the metal.

What truly concerned the subcommittee, however, was that the levels of toxic metals found in baby food were higher than the levels of toxic metals allowed in other products currently regulated by federal agencies. According to the subcommittee, FDA regulations set the maximum allowable levels in bottled water at 10 ppb inorganic arsenic, 5 ppb lead, and 5 ppb cadmium while the EPA has set the maximum allowable level of mercury in drinking water at 2 ppb.

“The test results of baby foods and their ingredients eclipse those levels: including results up to 91 times the arsenic level, up to 177 times the lead level, up to 69 times the cadmium level, and up to 5 times the mercury level,” the subcommittee noted.

What Can Parents Do?

While Healthy Babies Bright Futures' report noted that choosing organic baby foods or even opting for homemade purees was unlikely to reduce exposure to toxic heavy metals due to their natural occurrence in soil and water, they did identify a few safer alternatives to higher-risk foods.

"Puffs and other snacks made with rice flour contain arsenic, lead and cadmium at relatively high levels compared to other baby foods," the report noted. "Parents can reduce children’s exposures by choosing rice-free packaged snacks instead, which have 93 percent less toxic metal residues, on average." Even multi-grain snacks that include rice would be a better option over snacks made with rice as the sole grain, according to the report.

Similarly, infant rice cereals were found to be "the top source of arsenic in infant's diets," according to Healthy Babies Bright Futures' report. They recommended parents opt for non-rice or multi-grain varieties with oatmeal, corn, barley, or quinoa, which, on average, contain 84% less inorganic arsenic that leading brands of infant rice cereal. Healthy Babies Bright Futures' report also recommended that parents replace fruit juices with tap water and whole or pureed fruits like applesauce, noting that "apple, pear, grape, and other fruit juices contain traces of lead and arsenic."

Healthy Babies Bright Futures has also urged the Food and Drug Administration (FDA) to finalize health-protective standards for heavy metals, establish a health-based limit for arsenic in rice-based baby foods, and implement proactive testing for heavy metals in infant and toddler foods. "When [the] FDA acts, companies respond," Healthy Babies Bright Futures researcher and study author Jane Houlihan said in a statement. "We need the FDA to use their authority more effectively, and much more quickly, to reduce toxic heavy metals in baby foods."

For now, however, parents may consider making a few simple swaps next time they're shopping in the baby food aisle.

More Like This
New Report Shows 80% Of Pregnancy-Related Deaths Are Preventable
Here's How To Keep Your C-Section Incision Dry
What Does Amniotic Fluid Smell Like? A Nurse Explains
The Difference Between The PICU & The NICU

This article was originally published on Oct. 18, 2019