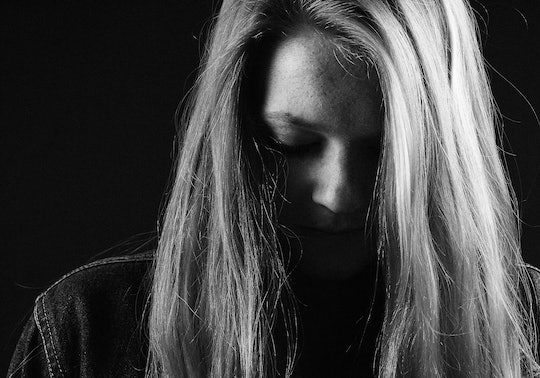 The statistics can be hard to understand, though: many studies that look at how common depression is are either looking at just one type (like a single episode of depression), look at depression along with other conditions that often occur with it (like anxiety) or only focus on one kind of depression that's unique to a certain population (like Postpartum Depression in women). Sometimes these studies are limited to a certain age group (like teens or the elderly), which can make it difficult to know what numbers apply to you.

It's great news that so much research is happening so that we can all better understand how to cope with depression in our lives, either in ourselves or in our friends and loved ones, that all that data can be really confusing. Especially if you're worried that you might be experiencing depression and are looking for answers, all while trying to balance the demands of your everyday life.

There are many other depressive disorders, like bipolar disorder or generalized anxiety disorder, that are distinct from depression, even though depression can be a symptom of those disorders. The ones listed here are just the ones you're most likely to encounter if you talk to your doctor or a therapist about feelings you're having that might be depression.

This type of depression is a sense of sadness that lasts a long time without resolving. We all feel sad now and again, but usually, these feelings improve over time as our situation changes or we are able to do things that help us feel better. A major depressive episode is sadness, feelings of hopelessness and a loss of interest in your life that doesn't seem to get better. You might also notice that you can't focus well on tasks that used to be fairly easy for you. You might feel guilty or worried about things that never bothered you before, or find yourself quick to lash out at your partner or child when things that didn't used to bug you.

For moms in particular, trying to deal with the persistent symptoms of depression can make even the most mundane tasks impossible: getting back to work and a teething toddler are hard enough without depression to contend with your already stretched energy.

Depression has been known to have a measurable, negative impact on workplace productivity: 3 percent of short term disability days are reported as being due to depressive disorders, and 70 percent of those employees are female. So it shouldn't come as a surprise that being able to handle your day-to-day tasks at home would be impacted, too.

Dysthymia (Greek for "a bad state of mind") feels a lot like an episode of major depression, but it's actually more like a long-term state of being. People who have dysthymia are considered to be chronically depressed. Again, women are twice as likely as men to get this diagnosis. But unlike major depressive disorder, dysthymia often begins earlier in life — even in childhood — and seems to be like a fog that hangs over a person's whole life.

A depressed parent, especially one who has been so for a long period of time, will have a lasting influence on a child's personality: a child who is raised by a depressed parent is more likely to have difficulty when they enter school. If a child exhibits behavioral problems early on, a depressed parent with limited support will have a much harder time working with them to correct those habits.

Sometimes people only experience bouts of depression at certain times of the year, especially if they live in a climate that gets little sunlight. Seasonal Affective Disorder (called SAD) tends to affect women and teenagers more than men, and is usually found in parts of the world that have long winters. One theory about SAD is that decreased sunlight exposure has a negative impact on the hormonal cycles that help us stay balanced (think about your sleep cycle, for instance).

But SAD doesn't only happen in the dark, cold winter months: some people experience SAD in the summer (literally Summertime Sadness). But the most common time for symptoms of SAD to start is October and most people say the symptoms begin to lift around March/April.

For many moms who are home with their children over school breaks, especially summer vacation which feels like it goes on forever, the prospect of having to provide structure and schedule for their children (and their friends, at times) is overwhelming when the parent is struggling with their own routine. Research has shown for years that a mother who is depressed just isn't able to pay attention to her child as well as mothers who aren't depressed. These children may also, then, struggle socially, finding it difficult to interact with other kids in school, on the playground or during playdates.

Postpartum Depression usually starts in the weeks after a woman has had a baby. The changes in her hormones during pregnancy alter her brain chemistry and can send her spiraling into a deep depression. Statistics report that PPD occurs after 15 percent of births — but the number could be much higher.

The National Institutes of Mental Health also points out that up to 80 percent of new moms experience symptoms that might feel like depression — worry, fatigue, crying jags, and frustration. But those feelings can also be a totally normal response to the overwhelming reality of becoming a parent, plus sleep deprivation, plus all those hormonal fluctuations that haven't balanced out yet.

What To Do If You're Depressed

Admitting that we are struggling is terrifying, even to those who know us best. If I say I'm having a hard time, will my partner think I don't love them anymore? Will my parents think I'm unfit to take care of my baby? Will my doctor give me all kinds of medications, or make me go into the hospital?

As scary as it might be to talk to someone about how you feel, these thoughts are even harder to face alone. Moms who have been feeling down and just can't seem to shake the sadness, or those who have gained or lost weight because they either can't stand to look at food anymore or feel like they can't stop eating, if they no longer enjoy their favorite shows, music, or spending time with their family and friends — these could all be symptoms of depression. And they're just that: symptoms. Depression doesn't mean you're a bad person or a bad partner or a bad mom.

For the 12 million women in America who we know suffer from depression, there are surely millions more who have stayed silent. And no mother with depression has to shout it from the rooftops, or tell their entire neighborhood, or announce it to every mom they schedule a playdate with — but there is one person that they absolutely have to confess the truth to in order to cope: yourself.