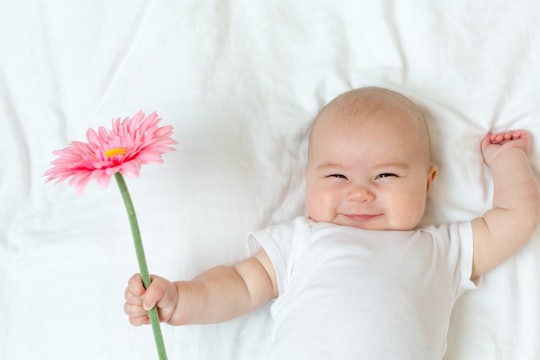 10 Beautiful Gaelic Baby Names That Are Surprisingly Not More Popular

If you're naming a baby in the near future, why not look to Ireland for inspiration? As gorgeous as they are unusual, Gaelic baby names deserve more recognition. They're the right amount of different while still maintaining a strong history.

Although you'll get a few Cians and Caoimhes toddling around the playgrounds in Ireland, few outside the community make use of these traditional and beautiful names. It's a shame, too, because the Gaelic language has so many poetic and lovely turns of phrase.

What exactly is Gaelic, though? Well, there isn't a super simple answer. Irish Gaelic is a term sometimes used to refer to the Irish language, and Gaelic typically refers to Scottish Gaelic, according to Mental Floss. (It's confusing.) At any rate, there are three varieties of Gaelic spoken in Ireland, Scotland, and the Isle of Mann, which are in use to varying degrees today. If you've ever seen the term "Sláinte!" exclaimed around St. Patrick's Day, then you know how to say the equivalent of "Cheers!" in Irish Gaelic.

Whatever their exact origins, these beautiful words need more play in the baby naming world. Read on to find the perfect name for your own little babaí (baby).