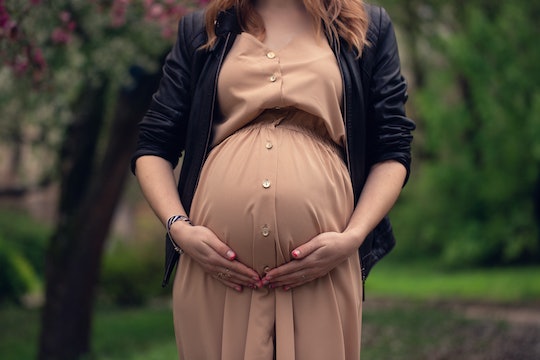 10 Common Pregnancy Complaints You Just Can't Waddle Away From

When I first found out I was having a baby, I felt so happy I could fly. After the initial excitement of pregnancy wore off, I came crashing back down to earth — literally. I've always been clumsy, but being pregnant made me even more unsteady on my feet. That's when I learned firsthand that pregnancy can bring more than its fair share of pains in the neck...or the back. I spent hours on Google after that looking up common pregnancy complaints moms-to-be should know about. And then I prayed fervently to the pregnancy gods that none of them happened to me. Spoiler alert: they did.

Although the body can do all kinds of amazing and weird things when it’s pregnant, it surprised me that some of the most annoying things about my pregnancy had nothing to do with physical symptoms. Sometimes the way other people treated me while I was pregnant became the proverbial pain in my neck. Even though annoyances, aches, and pains aren't always serious, it doesn’t make them any easier to deal with during the 40 long weeks of pregnancy. Creating a small human from scratch is a ton of work and we're entitled to a complaint or two (or 10).