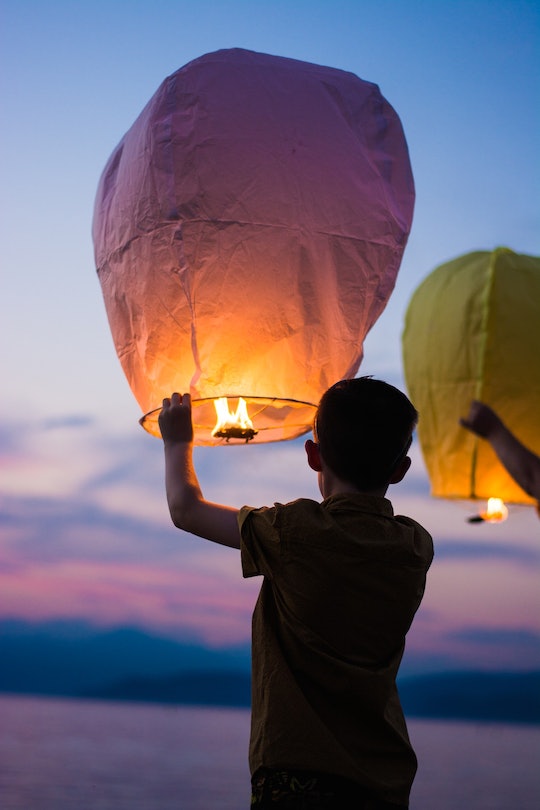 No wants to raise a sexist kid (I mean, I'm hoping). We want our children to be better versions of ourselves, especially our sons who, like it or not, are born with a greater privilege, simply by being assigned male and basically given the keys to the kingdom. Our culture, which is still broadly misogynistic and patriarchal in nature, still greatly values the (imagined, superior) abilities of men over women, especially if that man happens to be heterosexual and white. All of which means that parents who have sons have a unique and vital responsibility to raise members of society who won't take advantage of their male privilege but, instead, uses it to further gender equality.

It's kind of a huge deal, and it starts earlier than you think.

We don't want to bog our children down with a sense of social duty at a far too early age — as a mom to an 18-month-old son, I can say firsthand that I want my kid to simply be a kid, and wait to worry about the social implications of his gender for as long as humanly possible — but eventually, our sons will face moments of sexism, in which our culture will play to their favor, and it's up to us to equip them with the moral obligation to work towards equality, instead of play into the lazy, easy sexist tropes that celebrate them, and condemn roughly half of the population they share their world with.

That's a lot of pressure, if I do say so myself. I am acutely aware of the job I have ahead of me, as a feminist mother who hopes to raise a feminist son. Which is why these 10 sexist red flags are worth watching out for while raising a son. Like they say, the best offense is a good defense.