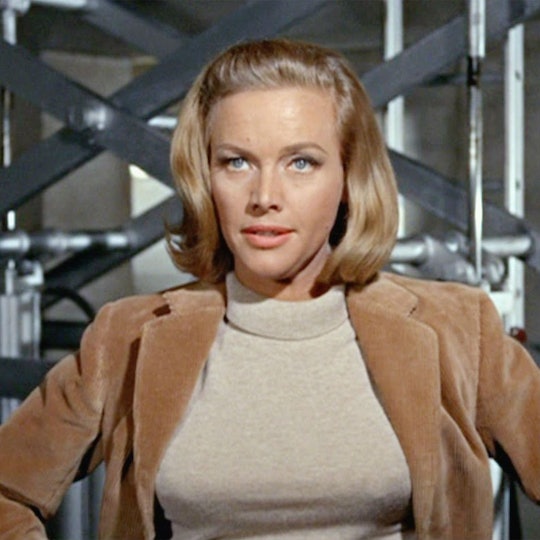 Since its inception, James Bond has been a source of controversy over sexism, misogyny, and believability. That iconic moment where Ursula Andress's Honey Rider stepped out of the ocean in a white bikini spurred a flurry of criticism, lust, and fantasy. But there's more to James Bond's female counterparts than their ability to wear a bikini or provide comic relief. In fact, there have been a number of feminist Bond Girls during the franchise's 50 plus years.

Sure, a lot of his partners wind up dead. The only two times he's fallen in love, both women have met their demise. But in the golden age of Bond, when so many women were portrayed as fluffy bit characters , or worse yet, slaves to their husbands (I Dream of Jeannie, anyone?), the *ss-kicking, plane-flying, smart-mouthed women of the Bond films ushered female characters into a new era. One where they could be smart, sexy, and capable without the help of a man.

Certainly not all women portrayed in the Bond films can be qualified as paving the way for female characters in cinema, but so many of them have. Without further ado, here are the ten most feminist Bond Girls throughout the ages.