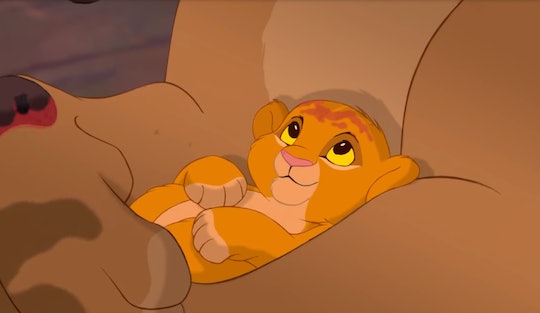 It’s here, it’s here, it’s finally here! Starting on June 24, you can finally buy tickets to see Disney's new live-action remake of The Lion King. A new teaser trailer for the film, set to debut next month, was even released to mark the exciting occasion. Today is also special because the beloved Disney movie has officially turned 25 years old. So in honor of this big milestone, here are 10 fun facts about The Lion King to help you celebrate and get you even more excited for the new rendition to hit theaters soon.

The Lion King debuted on June 24, 1994 and quickly went on to become the highest grossing film of the year. It was released in the middle of the Disney Renaissance, which included other classics like The Little Mermaid, Beauty and the Beast, and Aladdin. The Lion King also ushered in an age of tie-in merchandising that is still going on, according to Entertainment Weekly, and of course, has a special place in so many childhoods.

As the story of a youngster who has to cope with grief and rise to take his place in life, it’s easily one of the most-loved movies for the whole family ever produced. But those are the things we already know — here are a few facts you might have missed about the OG Lion King.