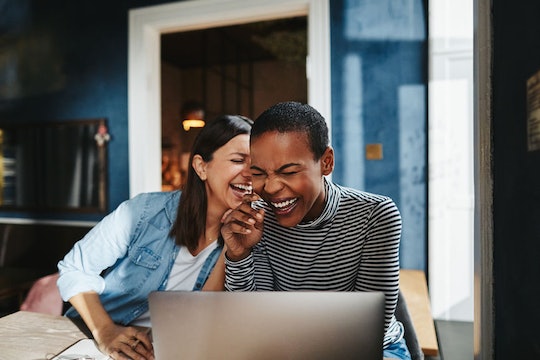 I was disappointed when last year's April Fool's Day happened to fall on the same day as Easter. I was too busy hiding eggs to focus on executing a good April Fool's Day prank. But not this year. This year, April Fool's falls on a regular old Monday (April 1st, FYI) and that means it's the perfect chance to mess with your coworkers, friends, family, or even complete strangers if you feel like being a real punk. If you're in need of a little inspiration, these hilarious April Fool's Day ideas from Reddit are guaranteed to score laughs.

Some of the joke ideas below require little planning and cost nothing. Others are more elaborate and involve a few co-stars to pull off. No matter what your approach is, the key is to try to keep a straight face as long as possible while the joke is going down. There's really nothing funnier than watching the look on someone's face when they realize they've been totally and utterly pranked. And if you were that person last year, well now is your chance to get your sweet revenge. These 10 prank ideas inspired by Reddit are all April Fool's Day home runs.