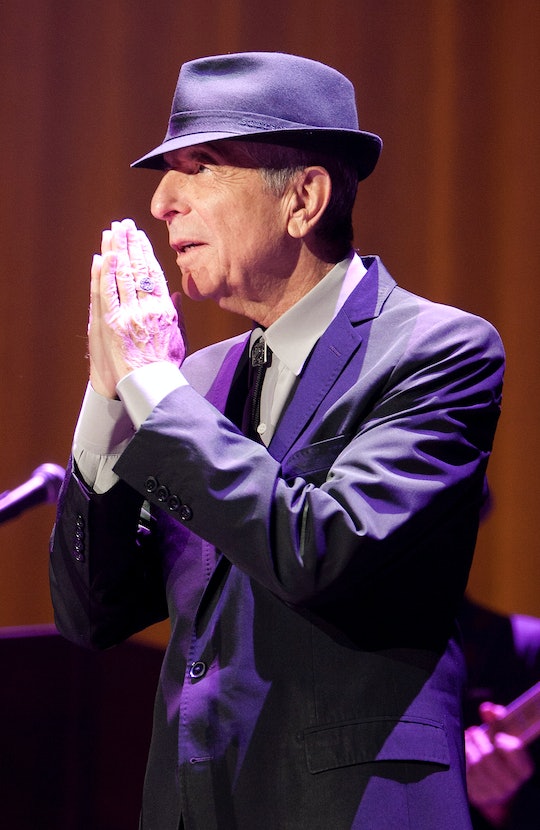 This week has been especially hard. The presidential election, while over, took a lot out of millions of people. And now, on Thursday, news broke that the world lost a true talent, Leonard Cohen. Cohen's death was announced on his Facebook page, stating, "We have lost one of music’s most revered and prolific visionaries." Indeed we have, but his talent and his artistry will live on for years to come. And if that silver lining doesn't seem possible right now, these 10 Leonard Cohen quotes will be exactly what you need to hear to feel better about the emotional turmoil that has been occurring in this world as of recently.

Cohen was a wordsmith through-and-through. He was a poet, a singer, a songwriter, and novelist. He knew how to catch the emotions of his readers and listeners, and once he had their attention, he showed just how talented he was.

If you feel lost, or upset, or just looking to feel emotions after a particularly draining week, allow these quotes to sweep you up and take you to another place. They embody the talent, the grit, and the honesty that Cohen was so known to have.

6. "Past The Reefs Of Greed, Through The Squalls Of Hate..."

8. "When You Stop Thinking About Yourself..."

10. And This Sage Advice

Though fans will absolutely miss the legend, these quotes, along with his other music and writings, will live on forever. We can be thankful that we were offered his gift during his time on earth, and cherish what he has left us with.