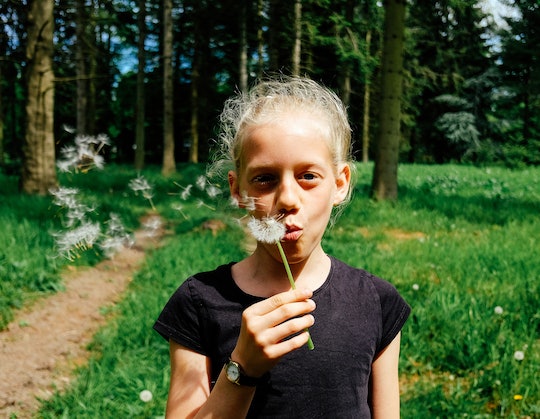 While I believe that single moms are indeed walking saints, I also believe that the single dads out there need some love, too. Maybe it’s because I was raised by a single dad myself. My mom passed away when I was ten years old, so from that point forward, my tough-talking, military father became a cupcake-baking, chick flick-watching only parent. However, I'm not the first kid to be raised by a single father. The number of single dads (or even just stay-at-home dads) in the United States is increasing, which means I'm not the only one who has experienced the lessons single dads teach their daughters that make them better mothers.

It’s true that a girl will never stop needing her mother. I continue to learn and re-learn this lesson, the hard way, on a daily basis. However, I am beyond thankful to have been raised by a man that stepped up when I needed him most, and continues to do so. Parenting solo is a tough gig, whether you're a single mother or a single father, but I, the product of a single parent, can attest to the fact that every sacrifice and struggle a single parent goes through doesn't go unnoticed by their children. Of course, it wasn't as if my father was grooming me for motherhood, or hell-bent on having me become a mother to the point that he was consistently thinking about lessons that could help me become a responsible procreator. In fact, I'm sure my father had no clue that the way he was raising me would not only help me back then, but continue to help me in the future; especially when I made the decision to become a mom and looked to someone's parenting choices as a way to form my own. It just goes to show that the decisions you make as a mother or a father, impact your kids for years (and years and years and years) to come.

It's no secret that I wanted my mother around, and still do, to this very day. If I had my way, my father wouldn't have been a single parent and I would have grown up with my mother, too. However, I am very thankful for the many lessons I learned from my father, along our sometimes bumpy ride, that have forever made me a better person and a better mother: