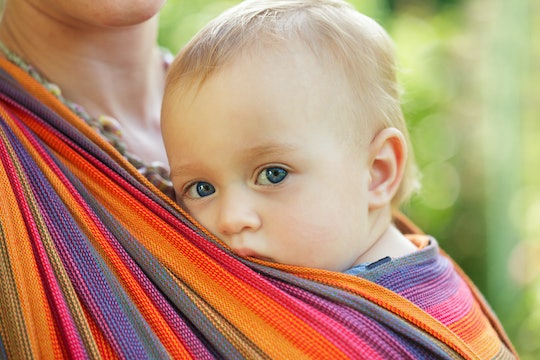 10 Awesome March For Our Lives Sign Ideas For Babies

On February 26, Jimmy Fallon, the host of Late Night With Jimmy Fallon, announced that he — along with his wife and two young children — will be participating in the upcoming March For Our Lives in Washington, D.C. It's awesome that celebrities like Fallon are standing with the Parkland students to push for gun reform. And since Fallon will be marching with two young daughters, I couldn't help but wonder what clever protest signs they might be swinging. If you need some ideas for your little bambino, here are 10 March For Our Lives sign ideas for babies to don in support of ending gun violence on March 24.

Before getting to the signs themselves, let me first give a huge, huge shoutout to the Florida students who are leading the charge on this issue. I am so inspired by their ability to transform their grief and anger into positive action. To quote a recent tweet from Oprah, "...These inspiring young people remind me of the Freedom Fighters of the '60s who also said, 'We've had enough and our voices will be heard!'"

Last week, Oprah, along with George and Amal Clooney and Steven Spielberg and his wife Kate Capshaw, made huge donations to support the March For Our Lives cause, according to mashable.com.

If you too are feeling like this is the beginning of a much-needed revolution, then strap your baby in a carrier and march — and don't forget to make one of these signs for your protest-lovin' baby:

More Like This
Here’s How To Keep Your Baby Safe When Their Older Sibling Is Sick
What Is RSV?
How To Get Boogers Out Of A Baby's Nose
Here’s Your Guide To Paced Bottle Feeding