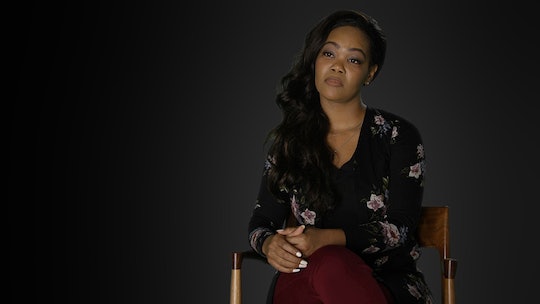 After decades of troubling silence about the sexual and physical abuse allegations against R. Kelly, viewers can't stop talking about Lifetime's Surviving R. Kelly, a docu-series that examines his alleged crimes against underage girls of color. If you haven't seen the docu-series yet, these 10 powerful tweets about Surviving R. Kelly will catch you up to speed.

Surviving R. Kelly producer dream hampton (stylized in lowercase) is a bit of a hero in my book. Not only did hampton conduct a thorough investigation into the claims against R. Kelly, but she did an amazing job of keeping the survivors at the forefront. The time and consideration she gave R. Kelly's wife, Andrea Kelly, and the rest of his accusers should act as an example for other producers considering a similar topic.

But the best evidence of hampton's success can be found on Twitter, where many people are having long overdue important conversations about the documentary. From viewers asking why it took so long for these allegations to surface, to necessary discussions about consent, here are 10 powerful tweets about Surviving R. Kelly that you need to read right now.

R. Kelly did not immediately respond to Romper’s request for comment.

Why Did It Take So Long For People To Pay Attention?

"The fact that we needed a whole #SurivingRKelly documentary to get people to believe he's a predator is everything wrong with our culture and acting like teenage girls are responsible for the criminal actions of adult men," one person said.

"R.Kelly did not have 'sex' with a 14 year old girl. He RAPED her," another viewer wrote. "Rape is when sexual acts are carried out against a person without their consent. If you are 14, you are not at the age of consent. A CHILD cannot give consent #SurivingRKelly."

Women Of Color Don't Get Airtime

"Bravo to Lifetime, an entertainment network, for allocating a significant budget to tell the stories of black female victims that should have long been breaking news on major cable/network news platforms. #SurivingRKelly," journalist Chris Witherspoon wrote.

The Disturbing Sexualization Of Black Girls

"We don’t ever see black girls as innocent. And that’s a huge part of the problems in our community," one viewer wrote. "We are grown from the time we are viewed as sexually attractive, and no longer protected. #SurivingRKelly."

"REMINDER - R. Kelly’s songs are trophies about his victims. Like a serial killer who keeps reminders of his kills," another viewer pointed out. "In case you’re ever tempted to listen again."

Educate Yourself About Abusive Relationships, Stat

"This is so heartbreaking. To see the parents doing everything to get their daughter back. Their desperation," one person commented. "Apparently police will bust down your door except when it is to save your Black daughter. #SurivingRKelly."

John Legend, who appeared in the docu-series, said: "To everyone telling me how courageous I am for appearing in the doc, it didn't feel risky at all. I believe these women and don't give a fuck about protecting a serial child rapist. Easy decision."

"How is it that R Kelly's music sales have spiked (substantially) since the release of the docuseries Surviving R Kelly?" Pinkett-Smith asked. "I need some help in understanding. What am I missing???"

"Please keep these survivors in your hearts and minds as you watch the #SurivingRKelly doc series," #MeToo founder Tarana Burke advised. "It took a LOT to come forward and tell these stories and now that they have they are out there and have to deal with folks sitting in judgement of their lives."

Hopefully, these important discussions will continue long after the publicity surrounding Surviving R. Kelly dies down. It's clear the public still has a lot to learn and digest.