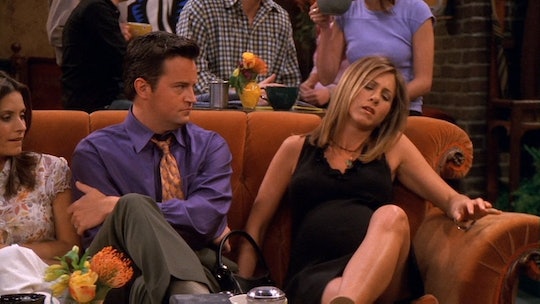 Pregnancy comes with many indignities that seem to pile up atop one another. First it's the puking and the nausea, then the uncontrollable gas that hits you with the walking farts in very inappropriate locations, and towards the end, many of us end up feeling as if there's a cauliflower of tissue popping out of our butt that just happens to itch and bleed occasionally. What in did we do to deserve that nonsense? Nothing but try to build a human from scratch. Ugh. However, I've found there are at least some pregnancy hemorrhoid memes that absolutely encapsulate what it is like to suffer so, and maybe take the edge off with a spell of laughter. Just don't laugh too hard. It'll only exacerbate the problem.

When you first noticed your hemorrhoids, you probably swore a bunch, railed at the universe, got slightly grossed out, and maybe tried (and failed thanks to your belly situation) to look at them in the mirror. What you likely didn't do was share your problem with all your friends over tea just so you could laugh about it. Unless you're friends with me — always tell me stuff like that, I will laugh for you when you can't. (Also at you, but just a little.) And that's why I'm making this list of pregnancy hemorrhoid memes. Because you need a little pick me up — and not just around the poop chute, but that would also be helpful. So sit back on your donut, try to relax, and laugh with me.