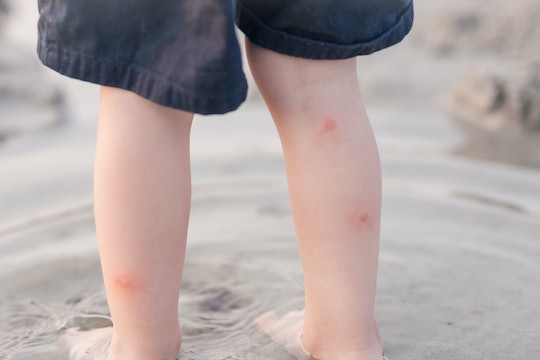 I must be the single tastiest treat out there to mosquitos because every time I so much as attempt to go outside during twilight, I end up a feast for the creatures. Just this past weekend on Father's Day, my family and I took my dog out for a walk at sunset. It was a gorgeous way to end a day spent at the beach and barbecuing. However, during that 20-minute walk, I ended up with four bites on the back of my legs and they still itch pretty badly four days later. Because I'm such a mosquito magnet, I need all the remedies for mosquito bites that exist.

As it turns out, some of us are simply more prone to getting bitten than others. According to Smithsonian, people with Type O blood, bigger people, people who sweat a lot, people who work out, and people who have a specific type of bacteria on their skin are more likely to be a mosquito delicacy. Also, if you drink beer or if you're pregnant? You're basically toast. Scientists and doctors have yet to come up with a cure for the itchy bumps, but over the years, many people have found more unorthodox means of getting the itch out.