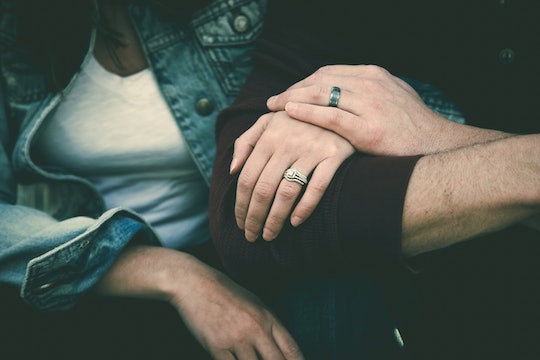 Of all the conversations you and your partner will have, the one about having kids may be the most important. Not only is the decision to have kids life-changing, but it's also pretty personal. Even though you both may say it's not a good idea right now, there is chance that your partner really means it's not a good idea ever. If you know you'll want kids someday, then you may want to bee on the lookout for the signs your partner may never be ready to have kids.

Not everyone feels they're cut out for parenting, and not everyone wishes to have children of their own. And although you may not agree, that doesn't give you the right to argue with them. As psychologist and author Dr. Kevin Gillibrand tells Romper, this is a carefully considered decision that should be respected rather than criticized. Of course, not everyone who wants to lead a childless life exhibits all of these personality traits. But if your partner does have some of these characteristics, it could be an indication that you really do need to have an honest, sincere, and sensitive conversation. After all, any decision regarding having kids should, for the good of you both, be made together.