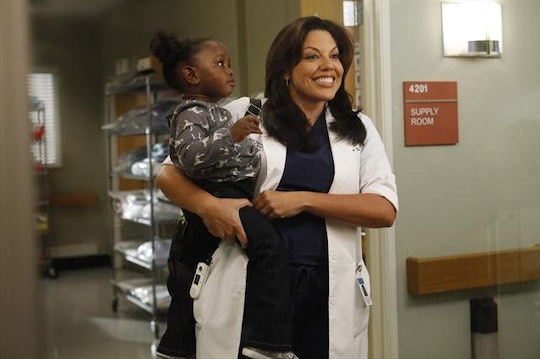 In my group of friends, I did a lot of things first: I moved far away first (and then came back, thank God), I got married first (at 24, I was basically a child-bride by New York City standards), and I had a baby first. There are definitely pros and cons to all of this. The downside is that you don’t necessarily have any peers to go to for advice, knowing sympathy, or guidance. Moreover, you don’t really have the option of doing a lot of these things alongside your best friends, you gun-jumper, you! But the pro is that all this stuff is still very new to people when you do it. When everyone is sort of hitting big milestones at the same time, there gets to be a little bit of fatigue about it all, right? It’s not like you aren’t happy for everyone; it’s just that this ain’t your first rodeo anymore. We have all been in a position where we’re like, “I can’t do another goddamn wedding this month. I just can’t.” Or like, just casually, “Oh. So and so is pregnant now, too.” But when you’re first, everyone gets unequivocally excited and really into whatever milestone you’re hitting. You get the freshest, most genuine enthusiasm about having a baby when you’re the first one to do it, but the trade-off is that you have to figure out all that sh*t on your own, and it’s an intimidating new world.

Some other huge pros are that you’re automatically viewed as the expert! It’s kind of cool to become the big sister to your group of friends. And unlike a lot of your buds, who may be getting that “milestone fatigue,” you, having been on the other side of things for a while, are getting the warm fuzzies watching your friends go through something you remember all too well. I have found this is especially true as, one by one, my other friends have kids. Of course, the whole thing unfolds in a pretty intricate dance...

It probably starts when you look at your bank statement and you’re like, “That’s kind of funny: It’s June and I’m not completely broke. What gives?” Then you realize that you haven’t had to financially plan for a single bachelorette weekend in Vegas, bridal registry binge, or flights, hotel, and necessary wardrobe for a destination wedding in, like… a while. You wait patiently for the other shoe to drop, and then...

You Spot An Ovulation App On Someone’s Cell Phone

It happens innocently enough. You’re with a friend — out to dinner, hanging out at the house, whatever — and her phone is resting on the table. You happen to glance down at some point and there it is, clear and unmistakable: an ovulation tracker. There’s no way you could miss it, probably because it’s the same ovulation tracker you used when you were trying to get pregnant, or because it’s one you heard about in the Facebook moms group you hastily joined so you could learn how to handle a baby after you accidentally got pregnant (no app needed for that one, my friends). You don’t say anything, but it takes all your strength not to shriek and hug her and warn her that she may get way more interested in the different types of cervical mucus than she ever thought possible.

She clearly enunciates the date range very clearly: “I can’t do anything the evenings of the 3rd through the 5th” but is extremely cagey as to why that is.  You put two and two together and realize that she has to go home and bone her husband/boyfriend those nights. (Way to make the most out of that ovulation tracker, girl!) Then you kind of uncomfortably squirm at the idea of your gal pal and her dude getting it on.

Of course she also has a board full of fun gender announcements and and it’s like, “Ummm… you know we can all see this, right? You don’t have to go for subtlety, but if you are you’re failing hard.” SECRET PINTEREST BOARDS EXIST FOR A REASON.

Phase 2: Everything But The Confirmation

“Hey! My husband says he can handle the kids on his own tonight. Want to grab a drink after work?” you ask. She immediately gets a look of complete panic on her face.

“Oh! Drink? Oh! Umm… yeah. That… I mean… sure. Well… like… … ummm… yeah. But, like, I probably will just have a seltzer or something cuz… ummm… my stomach hurts… or… OH! No. Because I have an early meeting tomorrow. Yeah. So, like… if you don’t see my have a drink, that’s totally why. No other reason.”

No Sushi Restaurants, Ever Again (Kinda)

“Well, if you don’t really feel like a drink,” you continue, “Maybe we could just grab an early dinner. Are you game?”

“Sure,” she beams. “Anything but sushi.”

And that’s about when it hits you that this may be the first of your friends who is entering the mommy club with you, but she is simply the first domino to fall. Many of the others will be following suit. It’s just a matter of time now… so no sashimi for you for a while.

They Have Been Reading Nothing But Pregnancy Books For Months

They no longer have as many good book recommendations for you. They’ve had their noses buried in What to Expect When You’re Expecting and Ina May’s Guide to Childbirth. You sigh, realizing you’ll have to find recommendations from GoodReads now that your go-to source has her own reading projects going on. But it’s cool: You remember being there. There’s so much to learn about and prepare for and even though few of your well-laid birth and parenting plans survived contact with your child, you’re still glad you gave yourself an education. Still, you gently remind your friend to take all those books with a grain of salt and to check out the picture of the baby coming face-first out of a vagina in the Guide to Childbirth, just to mess with her a little (and also cuz it’s actually really neat).

“Hey! You know how last year, you and all our other child-free friends went on that super fun weekend together and I couldn’t go because my kid wasn’t old enough yet? Well, I was thinking maybe we could do that this summer and I could come! I feel like he’s probably ready n-...”

And your friend just looks at you blankly, and then you remember she’s due in May and since she made her announcement, two of your other friends told you they’re also pregnant, and it’s like WOMP WOMP. Oh well. You’ll have fun again someday.

They Text You With 25% More Frequency and 400% More Questions

As the designated “mom” in your group, your pregnant friends will pepper you with all the same crazy questions you had when you were pregnant. Of course, you relied on online message boards, which are crazy, and your mother, who hasn’t had a baby in 20-35 years, because no one you knew was pregnant when you were — you were a damn pioneer!

“Quick question: I was planning to go to Home Depot this weekend, but I’m a little worried about the sawdust and how it might affect the baby because of a study I read last week. I know I probably sound crazy, but what do you think?”

“Hey, I’m at work and I need to refill the printer, but the new ream of paper weighs 2.5 pounds. Is that too heavy to carry? Should I ask someone to help me?”

“OMG! I just accidentally ate some cold cuts that were only microwaved for 29 seconds instead of 30! I feel so guilty! Should I go to the ER?!”

They Have Already Begun Prefacing Your Name With “Auntie”