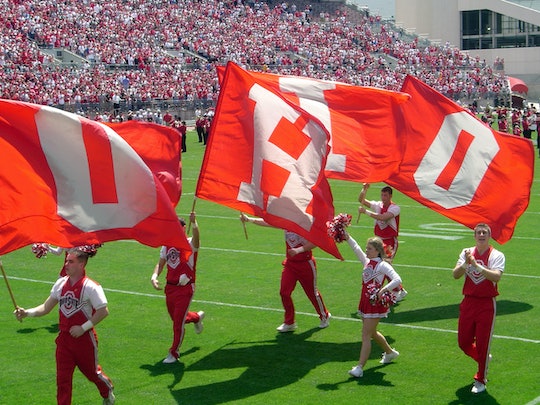 When you hear the term "Midwest" you tend to think of sprawling ranches, tons of farms, tornadoes, and endless corn fields. For some reason it's always the corn fields that come to people's minds, I have no clue why, but it does. As someone who grew up in an urban atmosphere in Ohio, I never really got a first-hand view of the corn fields that everyone believes serves as the epitome of life in the Midwest. But there are many other things only people who were raised in the Midwest can relate to that people outside the Midwest bubble totally don't understand. (Like our divine appreciation for fried foods and sports teams.)

I grew up in Ohio and I've never seen anything resembling a tornado. I've always lived in areas where seeing corn fields meant driving to the "country" for the day. What I have experienced as a Midwesterner is the necessity of adding ranch dressing to pretty much any dinner. Or, for some reason, watching the fans of state's college football team do things in the name of football that I'm not totally sure would be understood anywhere else. I suppose I've come to the terms with the fact that I am from the Midwest, though I'll never wear a pair of overalls (except, you know, that one time) and you will definitely never catch me eating those deep-fried Oreos at country fairs. LOL, JK. I'll also take a fried Twinkie to go with it.

If you're like me and come from one of the many states that make up the Midwest, whether you're painfully inland or bordering one of the Great Lakes, you can absolutely attest to the facts of our people. Here's the top 10 things only a true Midwesterner understands: