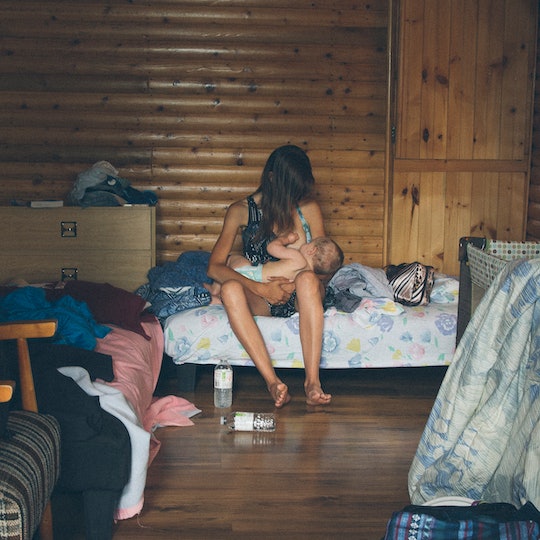 It’s a tough world out there for a breastfeeding mom. OK, it’s a tough world out there for all moms, but today I’m talking about breastfeeding moms and the unique challenges we come across in our daily lives. As with just about everything having to do with women’s bodies, the general, judgmental public seems to have a really, profoundly messed up relationship with breastfeeding. On the one hand, the mantra “breast is best” is repeated over and over in any discussion regarding the feeding and nurturing of babies; In certain circles, formula shaming is real and it is awful. On the other hand, women who wish to breastfeed — which, keep in mind, they are told is the only “right” way to feed their child, lest they be considered selfish monsters who choose their own ease and comfort over their child’s nutrition — are met with stigma, a lack of resources, piss-poor maternity policies that hinder their ability to establish a breastfeeding relationship in the first place, and some very weird, ass-backwards ideas from people who have absolutely no idea what they’re talking about. You’re hit hard with ill-informed guilt if you choose not to breastfeed, and then if you do, you’re hit even harder with the pervasive fear of women’s bodies that radiates to every corner of our society. There’s kinda no winning.

It is a rare mother indeed who does not have some breastfeeding horror story. You’d think that’s something as “natural” as breastfeeding would come… naturally. But the truth of the matter is that breastfeeding is hard as sh*t, primarily for two reasons:

Despite these challenges, breastfeeding is on the rise in the U.S., which is great news. Less great is the fact that even after we’ve gotten through all the physical challenges, we still have to confront challenging people.

To avoid being one of those challenging (aka, incredibly annoying) people, here is a list of things you should never say to a nursing mother.