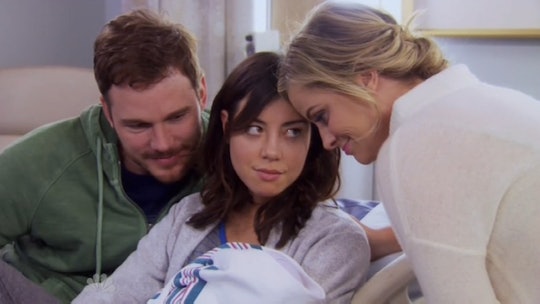 10 Ways Millennial Parents Are Told They're Failing Their Kids, & Why They're All Wrong

Every generation of parent has heard how previous parents "used to do things." As times change, so do parenting choices, and Millennial moms are parenting differently than their parents, just like their parents were different than theirs, and so on and so forth. It's not a new story, but it's one that never seems to be less annoying.

To be fair, the differences between the majority of Millennials (in the most generalized, non-specific way possible) and generations past feels massive. Maybe that's because it is massive, or maybe it's because we're the first generation to be able to self-contextualize in real time because of the Internet (and articles, uh, just like this one). Maybe we just feel so different as a generation, and as parents, because we're broadly more aware of ourselves and people's feelings about us. Parenting looks different in 2016, and because of those differences, parents are hearing that they're "doing it all wrong."

Change is tough. I can understand that. And because parenting is so difficult and is filled with such doubt, we all want to be validated in our choices. We want to feel like we're doing the best thing (or have done the best things) for our kids, whether we're a brand new parent or a great-great grandparent. That being true, being criticized by other parents of previous generations is less about how new parents choose to raise their children, and more about the very real, very unrelenting fear that other parents didn't do it the "right" way or the "best" way. (Or maybe they really just do think we're screwing it all up. It's fine. We're worried that we are too.)

But the truth is, there are endless different ways to raise children, and Millennial parents are showing us (and reminding us) of that. You don't have to conform to any one way of thinking. You just have to find what works best for you, and stick with it (unless, of course, what works for you changes, or your understanding of things evolves... Actually, maybe don't vehemently "stick" with anything other than the intention to listen to your gut and obsessively read Internet parenting articles). So, with that in mind, maybe we can ease up and stop saying these 10 things that all millennial parents are tired of hearing.

More Like This
When Does A Baby Recognize Their Father? A Pediatrician Explains
What To Do If Your Toddler Keeps Taking Off Their Diaper At Night
Marie Kondo Gives Up Tidying Post-Kids, Sparking Joy For Moms Everywhere
Julia Fox’s Apartment Tour Is Peak Mom Realness
What Parents Are Talking About — Delivered Straight To Your Inbox