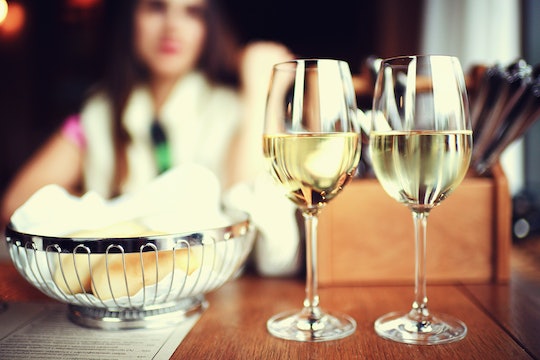 10 Ways To Survive The Holidays When You're Sober

Good, bad, and as ugly as a Christmas sweater, the holidays are filled with feelings. Getting the feels is part of being human, but for people who are sober, feelings can be triggers that fueled their addiction in the first place. At least, that's been my experience. However, there are ways to survive the holidays when you're sober, so if you're struggling, know that you're not alone and know that you don't have to stuff your feelings (because drinking to relieve them just isn't an option).

In my recovery, there were good days, bad days, and definitely days that were uglier than that aforementioned Christmas sweater. On good days I found small miracles in recovery, and felt hopeful. On bad days, I felt like I was promised miracles, but they didn't come. On ugly days, well, suffice to say, I didn't believe in miracles at all.

During the holidays, you're called a grinch if you disavow miracles. But what if you're struggling with sobriety? Philosopher Thomas Nagel wrote in The New York Times that he admired something radio host Don Imus, a recovering alcoholic said about drinking (or not drinking) during the holidays. Imus noted that during the holidays, he was invited to numerous holiday parties but attended very few because, quite simply, he didn't drink. As Nagel, himself a recovering alcoholic, pointed out, "No one really wants to go to all those parties. I’m one of the lucky ones who has an excuse to beg off." I like this anecdote for a couple reasons. For one, it's witty without being glib, and if you've ever been to an Alcoholics Anonymous (AA) meeting, you know that it's totally OK to keep your sense of humor after you've ditched the spirits. I'm also a fan because of the candor Nagel has about his sobriety. There's no shame, no secrecy, and there's even a little pride in the ability to "beg off."

With that sentiment in mind, the following suggestions are ways to help you survive the holidays when you're sober — whether navigating obligatory family and office parties, dealing with the long lines and crowded markets, or wanting a to beg off from all the damn cheer of the season.