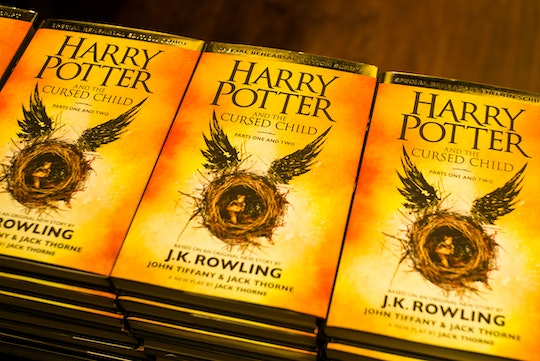 When thousands of people — both young and old alike — lined up outside of bookstores all across the world for the release of the newest (and last) Harry Potter book in 2007 they did not believe they would be doing it again nine years later. But here we are in 2016, with the brand new release of Harry Potter and the Cursed Child — the eighth and newest installment of a beloved book series that so many people said goodbye to years ago. Despite being released at midnight on Sunday morning, there are people who have read (and finished) the book — like this 10-year-old that read Harry Potter and the Cursed Child in 1 hour — and already have plenty to say.

Harry Potter fans come in different types — there are fans of the films and then there are absolutely die hard fans of the books. But regardless of whether or not people grew up with the series or just enjoyed watching the movies, there are plenty of people dying to know what goes on in Harry Potter and the Cursed Child. Luckily, a 10-year-old speed reader named Toby L'Estrange read the book in 59 minutes and said it was a "really good story," despite some minor confusing parts. L'estrange also awarded the book "six out of ten stars." A pretty decent rating.

L'Estrange notes that the book focuses on Harry Potter and his friends as grown ups as well as their children — who were introduced in the epilogue of the last book — "which is a bit weird." But L'Estrange notes that in spite of everything "it's a really good story" but one that fans of the series would really enjoy. " It's a very complicated story," L'Estrange said. "It happens in different times so it's very helpful if you know all the other books and characters quite well."

But in addition to a speed-reading 10-year-old's review, Harry Potter and the Cursed Child has received some pretty decent expert reviews as well. USA Today gives the book three out of four stars and claims that it "takes readers back to great moments of the series while also spinning the Potterverse forward." The Telegraph gives the book four out of five stars.

While those who are curious won't find many spoilers in L'Estrange's review, they will find that diehard Harry Potter fans will love the latest script-like installment of the Harry Potter series... proving that some things are definitely worth waiting for.