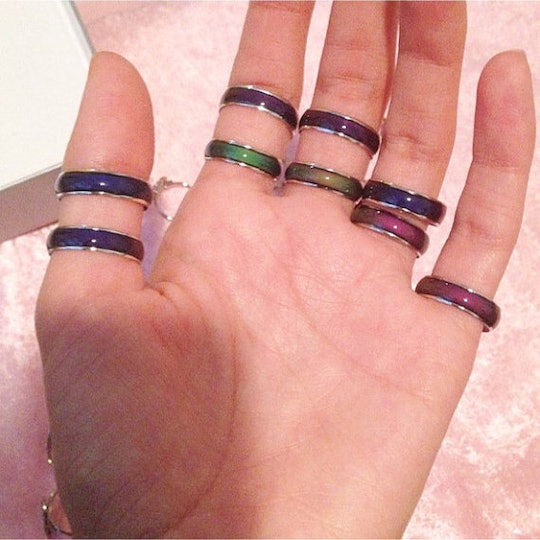 Most people tend to cringe a when looking back on old pictures or photos from their yearbook, largely because their style would be considered outdated now. But thanks to the fashion gods, the looks from your '90s childhood have made a comeback in a major way. Though your kids might still laugh at you when you try to convince them you were cool once, too, you'll have the pics to prove you rocked overalls and babydoll dresses since way back. With that in mind, there are plenty of '90s fashion your child should wear. Plus, it'll be a fun trip down memory lane.

To be clear, not everything about the 1990s were great. There were some trends that were awful even when they were first invented. JNCOs and jelly sandals come to mind, but I could be a bit biased since the supposedly fashionable footwear always left me with bloody blisters. Thankfully, for your kids, a lot of the looks from yesteryear have received some definite upgrades and improvements.

Though you don't have to send your child to school looking like they stepped out of a random time machine, decked head to toe in retro '90s gear, you can still incorporate some of the more memorable fads into their wardrobe. So check out these '90s fashion your kid should, like, totally wear.

More Like This
Ashley Graham On The “Fun, Organized Chaos” Of Raising Twins
From Captions To Gifts, These Are All The Kindergarten Graduation Ideas You Need
Let’s Talk About Postpartum Hair Loss — & The Best Products To Deal With It
Mom vs. Trend Shows You How To Recreate Popular Gen Z Beauty Trends