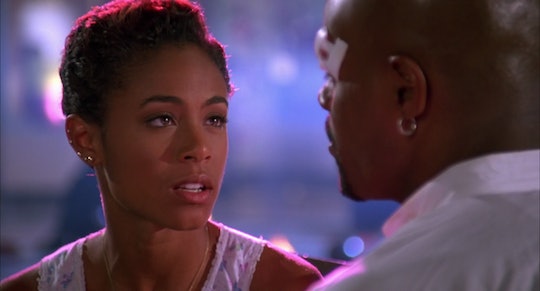 11 '90s Movies You Shouldn't Have Watched As A Kid, But Totally Did With No Regrets

Growing up, you did a lot of things that your parents probably shook their head at and said no to. And if you were a '90s baby, that meant crimping your hear, wearing crop tops, and enjoying PG-13 pop culture. For me, that meant sneaking over to a friend's house and enjoying one of the many '90s movies you shouldn't have watched, but did anyway Because, hi, it was the '90s

When I wasn't trying to record my favorite songs off of the radio, I was busy heading to Blockbuster with my mom and siblings to grab a few new releases to binge over the weekend. Although my mother was strict in certain areas, there was a high level of leniency when it came to what she let us watch. Some might not agree with it, but I'm thankful that she let me live a little. There were some films that were an "absolutely not," but for the most part, we spent a lot of time either at the movie theatre or at home watching movies as a family.

Now that I'm older and have the time to reflect, majority of the films I watched were really adult based and I had no business even pulling it off the shelf at Blockbuster. Where there's a will, there's a way though and these 11 '90s movies you shouldn't have watched as a kid, but have no regrets about will remind you just how much of the edge you were living on.