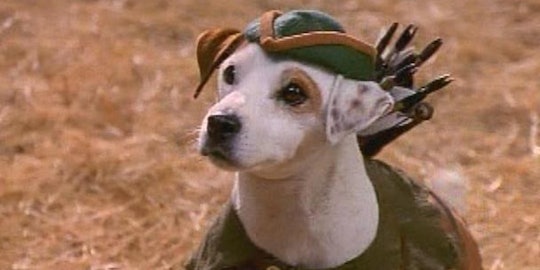 11 '90s Shows You Definitely Watched When You Were Home Sick

Being sick as an adult is royally awful, but being sick as a kid definitely had it's perks. A day off from school meant that you could slack on your homework, get a special lunch from mom, and, best of all, spend all day in bed watching '90s TV shows. It was the original binge-watching, and it was a beautiful thing.

But since On Demand, DVR, and Netflix weren’t in existence yet (seriously, kids today don't know how good they have it), you couldn't just watch episode after episode of Boy Meets World or Full House. You were at the mercy of what was actually programed to be on television between the hours of 9 a.m. and 4 p.m. before the shows you really wanted to watch came on.

But let's be honest, you secretly loved the shows you got to watch when you were out sick. Between nose blows or — worst case scenario — upchucks, you got to feast your eyes on the cinematographic masterpieces that was ‘90s daytime TV. From game shows to soap operas, here are 11 ‘90s shows you definitely watched when you were home sick (and probably still do to this day.)