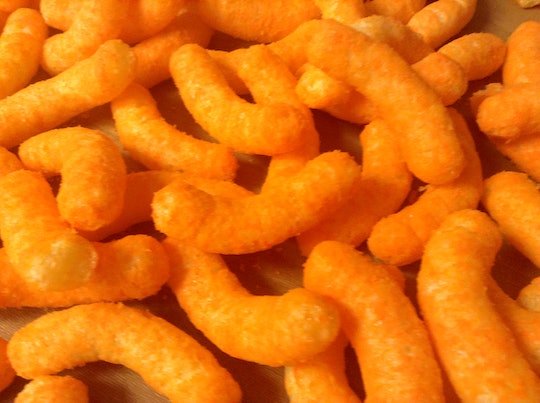 11 '90s Snacks You Loved As A Kid, But May Be Hesitant To Give To Your Own Children

Think back about 20 years, and put yourself in your elementary school cafeteria. Remember the nervous anticipation that came with opening up your lunchbox? Stomach empty, you wondered which of your favorite ‘90s foods your parent packed, and how valuable your meal would be on the lunchtime trading circuit. There was the thrill of finding a Ziploc full of Chips Ahoy, and the utter defeat of unwrapping a bologna sandwich (crust on, no less.)

There may come a time when the you’re the one creating a brown bag of sustenance, and deciding what to pack your kids. And, chances are, there will be some snacks that you’ll be hesitant to pack for your own kids. Because, let’s face it, health standards of the late ‘80s and early ‘90s were not what they are today. Organic described chemistry, not produce, and paleo was an era, not a diet.

Now, obviously there’s nothing wrong with giving your kids a sampling of these beloved snacks and serving them as a once-in-a-while treat. After all, you want them to experience as much of the 1990s as possible. But if you actually take a moment to read their nutrition labels, you might not want to make them regular staples of your child’s diet. Take a trip with me down memory lane to reminisce about some of the disgusting but delicious foods you ate as a child, and be thankful that some have become extinct.