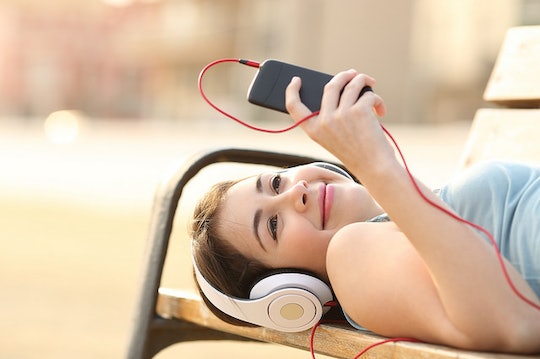 Every generation has them— songs that seem innocent at first, with their catchy hooks and dance-inducing beats. But if you listen carefully, buried beneath those tunes you'll find some seriously adult lyrics. They may use colorful metaphors and double entendres to talk about sex and drug use, or just come right out and say things that could earn a kid a one-way ticket to detention. And even though they got tons of airplay on the radio and views on MTV, there were some '90s songs that your parents should never have let you listen to.

So crank up your speakers and have a listen to these songs that might make you blush, but will definitely make you reminisce about your first crush. And though this list probably could have been made up entirely of R. Kelly songs, surprisingly, there is only one.