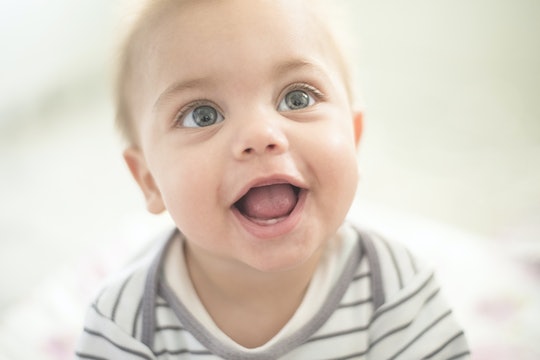 Growing up, there were two other girls named Katie in my class, and I hated that my name wasn't more original. So when it came time to name my own daughters, I was adamant that their names shouldn't appear on any top 10 lists. My husband and I also both gravitated toward names that were long and offered up a lot of nickname possibilities, and so we considered plenty of four- and five-syllable options. If you're looking for baby names with five syllables, there are some pretty sweet options out there that will stand out on any class list, though they might not quite fit on a name tag!

You might think that five-syllable names are hard to come by, but there are some common ones out there like Alexandria, that ranked 91st in popularity in 2001 and Anastasia, that ranked 169th in popularity in 2017, according to the Social Security Administration. You can also look to Italian and Greek names for inspiration, since they tend to be longer than their American counterparts. For example, instead of Michael, go with Michelangelo. With a longer name, your child can pick the shortened version they like best. Mic sounds pretty rockstar, doesn't it?

To help inspire you, we've rounded up 11 superstar five-syllable baby names that are sure to score some big-time originality points and let themselves to some rad nicknames, too.