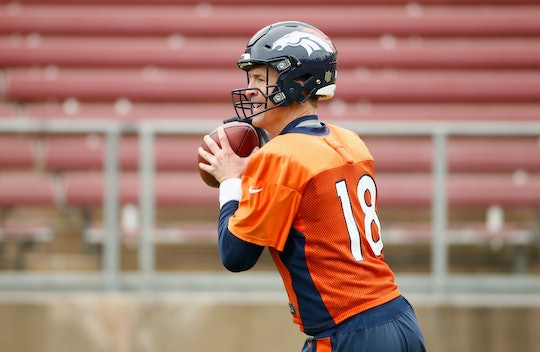 It's every football fan's dream: watching their team go to the Super Bowl. All season long, thousands of fans — diehard and bandwagon, alike — block off their Sunday to tune is as their favorite team faces off against their opponents. With every victory, a celebration. Every loss, another round of shots. But as things heated up during the last round of playoff games, Denver fans kept hope alive that Peyton and the team would pull out a win. And when they did, the city went wild, as did the internet. All manner of Denver Bronco memes started popping up around the web and on social media.

But while one team celebrates their win, there is another team — and all their fans — wallowing in the loss. When it comes to passionate football fans, mudslinging can get pretty brutal. Name calling and low blows seem to be around every corner. Even though there are some nasty Broncos memes floating around, the fans have made themselves heard, by responding with some memes of their own which show support for their team and players.

Maybe by the time Super Bowl 50 rolls around on Sunday, football fans can put aside their bitterness and enjoy the game. And no matter who you cheer for, these 11 Broncos memes for true Denver fans should get you in the team spirit.