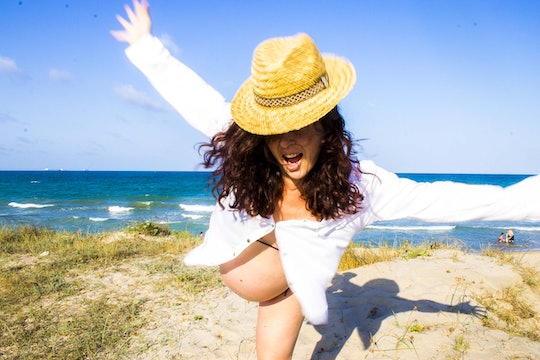 11 Compliments About Your Pregnancy That Are Really Insulting

When you're pregnant, a lot of things will drive you crazy. You're probably not getting a whole lot of sleep, every appendage aches, and don't even get me started on the hemorrhoids. In addition to all of the physical discomfort, there will be people who will inevitably say some really insensitive things to you, simply because they don't know any better. They will force you to endure compliments about your pregnancy that are actually insults.

From the condition of your skin to the size of your belly (which, they will most likely want to touch without asking), these self-proclaimed pregnancy experts will approach you when you least expect it — at the grocery store, on the subway, at family gatherings. They may or may not have had kids of their own, but that certainly won't stop them from throwing all of the wives tales and unsubstantiated "facts" about pregnancy at you that they can.

If you've received one of the "compliments" on this list, you probably either scratched your head or gave the person some serious side eye. But try to stay calm and keep in mind that the sight of a pregnant woman's belly turns most people into complete idiots. And try to remember how those comments made you feel when you see a pregnant woman at the grocery store nine months from now.