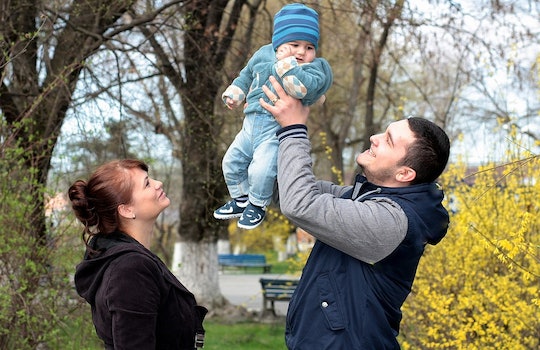 Sometimes, having a child can drastically change you. Something about having a beloved, tiny, helpless little being out in the world with your heart unwittingly in their grubby fist, will do that to you. And, sometimes, children don't change you at all. But no matter what, children are going to change your life and there's a far better than average chance that having children will change your relationship with your partner.

This can be a good thing, or a bad thing, or it can be both a good thing and a bad thing simultaneously because life is messy and complicated and multifaceted. Often times, though, it's just a thing. But make no mistake, it's going to be an adjustment. Because how could it not be, right? In order for this whole family thing to work out you're going to have to work together in ways you just haven't had to before. There's a learning curve, to be sure, but like everything else in parenting, the specifics of how these adjustments will result in permanent and semi-permanent changes will vary from person to person, family to family, and will very likely evolve and shift over an extended period of time.

As a mom who spends a decent amount of time talking to other moms, I've heard a great deal about what changes fellow ladies have noticed in their relationships since becoming parents, but I haven't had as many of those discussion with my dude friends. So I reached out to several of said dudes (and some of my mom friend's dudes and that's the last time I'm going to say "dude", I promise) to ask them about the significant changes they've experienced in their respective romantic relationships, since becoming fathers.