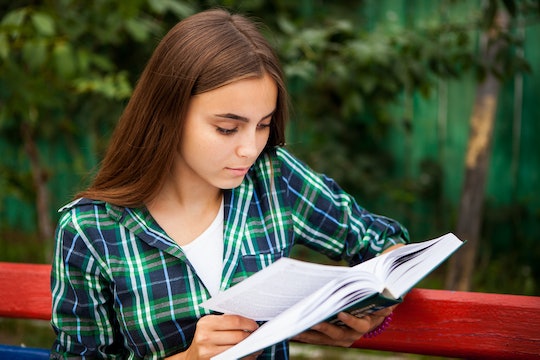 Between #metoo and #timesup, this year is already shaping up to be the year that gender equality and feminism surge from optional to downright mainstream and mandatory. It's the perfect time for women and men and everyone in between to catch up on some feminist reading. To help, here are 11 feminist books that will get you fired up now and beyond, because it's an extremely important and consequential topic for us all to understand better.

From classic texts like The Feminine Mystique by Betty Friedan, to more modern takes on girl power, like We Should All Be Feminists by Chimamanda Ngozi Adichie, this list will have you up to speed on feminism so that you can be well-informed on one of the most important topics of our generation.

In fact, We Were Feminists Once, by Andi Zeisler actually chronicles feminism's rise to fame in the last decade, exploring its popularity among celebrities and even how brands like Dove and Always, have capitalized on it to sell their products to the general female public. While she posits that feminism's trendy popularity may not necessarily last, it will likely raise the consciousness of more people than understood or fought for the concept before. In an interview with Huffington Post, Zeisler explained "There are lasting benefits to the fact that we had our consciousness raised on some level by celebrities and by popular culture around environmentalism and I certainly think that will happen for feminism."

Let's hope so. To start, get cracking on this list so you can be better prepared to strengthen the conversation ASAP.

More Like This
These Holiday Books Will Give Your Book Club All The Festive Feels
100 Birthday Text Messages, For Everyone In Your Life
Old Navy’s Black Friday Deals Will Save You So Much This Year
Get In The Holiday Spirit With These Christmas Books For Kids