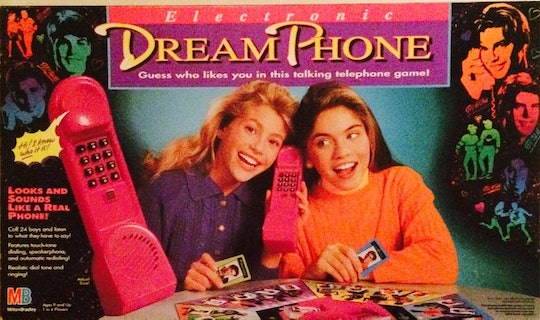 11 Games Every Cool '90s Girl Played With Her BFFs

When I think of the glory days of the '90s, I think of scrunchies, questionable fashion choices, butterfly clips, Sweet Valley High, and sleepovers. Sleepovers were paramount in the '90s. It seems like every Friday or Saturday night, someone would host a slumber party, where we'd all pile into the basement, load up on snacks, and break out the games. And not just any games. Oh no, there were very specific games every cool '90s girl played with her BFFs during these late-night, sleepless parties.

Maybe it's because I don't partake in slumber parties anymore. Or maybe it's because our generation has evolved to binge watching Netflix at sleepovers rather than busting out the games, but I genuinely miss throwing on a matching pajama set and playing games with my favorite ladies. Times were simpler in the '90s. There was no need to decipher text messages, because you talked to your crush on a landline. There was no Facebook stalking, because you did your stalking in the halls at school. Rather than connecting through a screen in the '90s, you connected through hilarious (and looking back, completely questionable) rounds of games that would propel you into staying up past midnight and gabbing until someone's mom came and took the electronic boardgames away. This is an ode to all the games that made an appearance in my '90s world of sleepovers, because a little nostalgia is good for the soul.