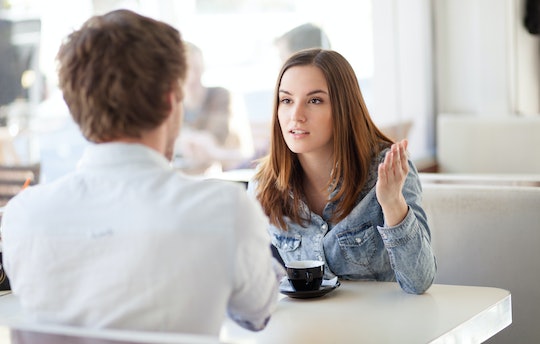 11 Habits Of Couples Who Fight Fair, According To A Professional

There comes a time in any relationship when things don't exactly turn up roses. The honeymoon ends, and you're left with a fight. It's inevitable. No couple is perfect or happy all of the time. Speaking your mind, airing your grievances, working together to right your wrongs — these can all be healthy outcomes when fighting with your partner, if you're practicing the habits of couples who fight fair.

According to relationship counselor and psychologist Elisabeth Graham, fighting with your partner is considered pretty healthy. "People think that fighting is the sign of a bad relationship, but fighting is normal as long as you're fighting fair" Graham tells me in an interview. The alternative to fighting is holding your anger in, and that doesn't get you anywhere, especially in a relationship. "It's important to treat your partner fairly, even when you're fighting," Graham says. "Especially when you're fighting." Rather than holding onto all of your anger and resentment, Graham recommends letting it out — and the sooner, the better. "Being open and honest with your partner and their actions that have made you feel a certain way is the key to a strong relationship," Graham says. And doing it in a way that's fair is even more important to the health of a relationship. So the next time you feel a fight coming on, take out this list of tactics to help you fight fair.

Check Out: Fight Fair: Winning at Conflict Without Losing at Love, $12, Amazon