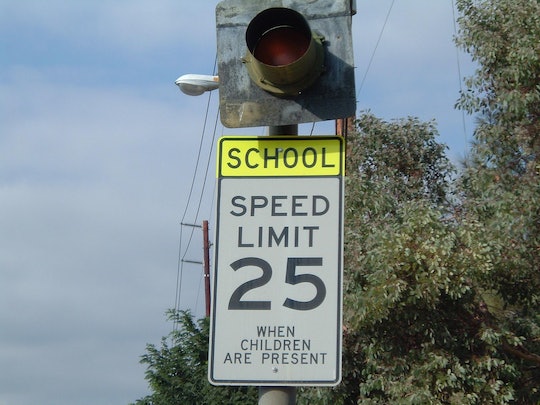 11 Kids Are Killed On Their Way To School Every Year

A pilot program started two years ago in New York City could be the answer to the city's traffic safety problems. On average, 11 kids are killed on their way to school every year, and according to the New York Daily News, the city's Department of Transportation Commissioner wants to add 750 more speed cameras to school zones and surrounding areas to make the city safer. The city first installed 140 cameras in 2013. Drivers caught going more than 10 miles per hour over the speed limit in school zones are sent a $50 ticket. DOT data shows that speeding in school zones with the cameras is dropped 63 percent between 2014 and 2016, and injuries are down 14 percent.

Receiving a ticket is, of course, a deterrent; the Queens local newspaper TimesLedger reported that 81 percent of drivers who received tickets as a result of the program did not get a second one. But the presence of the cameras alone seems to help; during the first month of the program, drivers were racking up 104 tickets per day, and after two years, the number dropped to just 33 per day. The cameras are currently only turned on during school hours, but pending legislation would have them running from 6 a.m. to 10 p.m., seven days a week, and also post signs warning drivers about the cameras.

Local voters are in favor of the program. According to a poll commissioned by Transportation Alternatives, a non-profit pedestrian and cycling advocate group, 84 percent of New York City residents say they support adding more speed cameras to the program, and 64 percent say they strongly support the idea. The numbers didn't vary too much when only drivers were polled; 80 percent said they support it, and 60 percent strongly support it. Additionally, 64 percent are in favor of running the cameras outside of school hours. Current state law forbids that, but at a rally at City Hall on Friday, Mayor Bill de Blasio urged state lawmakers to pass the bill that would expand the program, according to the Daily News.

Over the last decade, 11 kids were struck and killed by vehicles while walking to school every year in the United States, according to the National Highway Traffic Safety Administration. That's actually an improvement from the previous decade, during which 14 kids were killed every year. But the most surprising part might be what kind of vehicles killed them. Over the last 20 years, school buses and other school vehicles used to transport kids have been responsible for nearly 80 percent of school transportation-related pedestrian fatalities nationwide, proving that there's no magic bullet for the problem. But curbing senselessly speeding drivers is surely a step in the right direction.